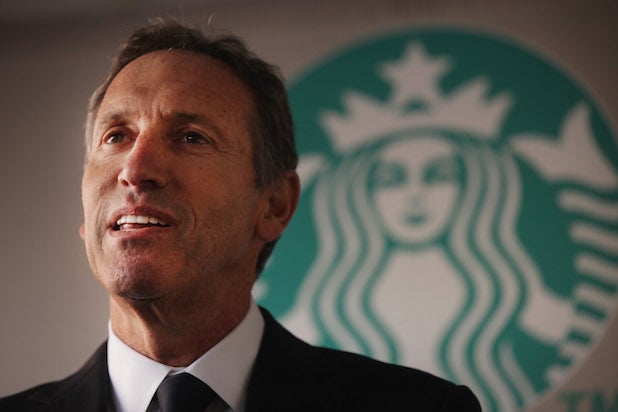 Starbucks Executive Chairman Howard Schultz floated the possibility of a presidential run in the future, as he prepares for a life after lattes and frappuccinos.

The former CEO of the Seattle coffee empire announced on Monday that he would be stepping down as the company’s executive chairman later this month. Schultz shed his CEO title last year.

In an interview with The New York Times Schultz, who has been coy about aspiration for the Oval Office, didn’t rule out a potential 2020 run. He told the paper he’s been “deeply concerned” about the country and that he’s been thinking about ways he can give back and serve.

Though he said he’s a long way from making a decision on his future plans, he briefly addressed what’s next for him in letter to Starbucks employees on Monday.

“This will be an emotional transition, but I’m looking forward to spending time with my family this summer. I’m also writing a book about Starbucks social impact work and our efforts to redefine the role and responsibility of a public company in an ever-changing society,” Schultz wrote in the letter. “It’s a journey that has prompted me to consider the many ways that each of us, as citizens, can give back to our communities. I’ll be thinking about a range of options for myself, from philanthropy to public service, but I’m a long way from knowing what the future holds.”

Schultz isn’t the only business magnate to recently consider running for president. It had been long-believed that Disney CEO Bob Iger might want to run for president in 2020, before his contract was extended last December due to the company’s looming Fox deal.

Schultz has spent more than four decades as Starbucks’ chairman and CEO and, in that time, has been both praised and criticized for his company’s approach to social issues.

During his tenure, he’s been named as one of The World’s Most Influential People by Time magazine, as well as Business Person of the Year by Fortune.

“Change is inevitable, and the world has become a more fragile place since we first opened our doors. Amid the chaos, try to listen with empathy, respond with kindness, and do your best to perform through the lens of humanity,” Schultz wrote. “Do not be a bystander. Instead, choose to be responsible for what you see and hear. No person or company is ever perfect, so learn from mistakes and be forgiving of yourself and others.”