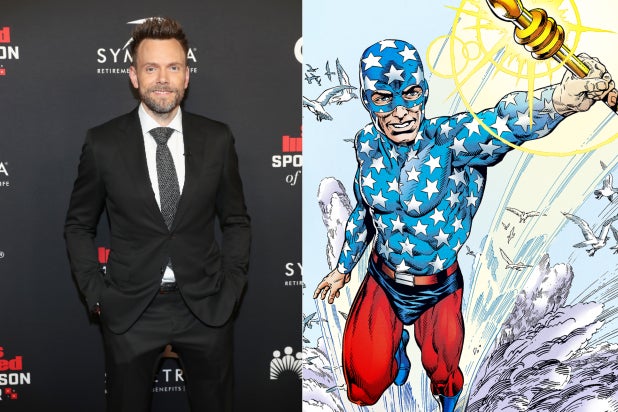 “Stargirl” has found its Starman.

The upcoming DC Universe series has cast Joel McHale as Starman, one of the members of the Justice Society of America. McHale’s version of the character is based on the Golden Age version of Starman, whose real name is Sylvester Pemberton. A courageous and confident superhero, Starman wields a mysterious anti-gravity weapon called the Cosmic Staff. His longtime partner is his sidekick, Stripesy, better known as Stargirl’s (Courtney Whitmore) stepfather, Pat Dugan.

McHale is the third announced casting for the series, which will star Brec Bassinger as the titular character. The live-action series for the DC’s digital subscription series is being written and produced by Geoff Johns under his Mad Ghost Productions banner. Anjelika Washington was also cast in a mystery role, though Johns said she will play a “familiar” DC Comics character.

“Stargirl” centers on high school sophomore Courtney Whitmore (Bassinger) who inspires an unlikely group of young heroes to stop the villains of the past. This new DC Universe series reimagines Stargirl and the very first superhero team, the Justice Society of America, in an unpredictable series premiering in 2019, which is produced by Warner Bros. Television, Mad Ghost Productions and Berlanti Productions. Johns and Sarah Schechter are executive producers.

The original series is the sixth for DC Universe and focuses on the title character who kicked off Johns’ comic book career in 1999. That print series was inspired by his late sister, who was killed in a 1996 plane explosion. “Stargirl” is part of a live-action slate that includes “Titans,” which has already been renewed for its second season, and the upcoming “Doom Patrol” and “Swamp Thing.”

McHale is best known for his starring role on NBC (and for one season, Yahoo) comedy “Community,” as well as his pop culture series “The Soup” on E!. His Netflix talk show, “The Joel McHale Show” ran for one season.