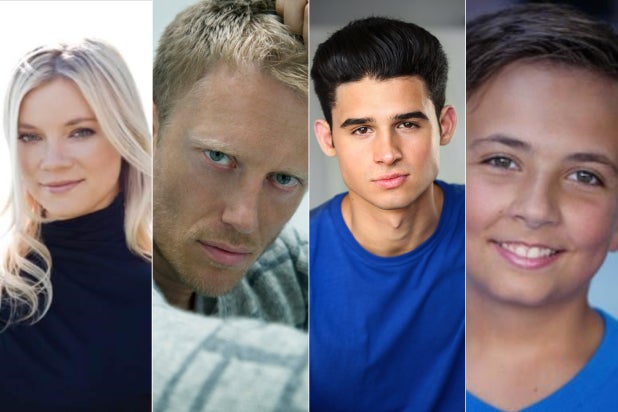 DC Universe is filling out its cast for “Stargirl,” adding Amy Smart, Neil Jackson, Hunter Sansone and Trae Romano to the series based on the DC Comics character.

Smart will play Barbara Whitmore, the mother of Brec Bassinger’s titular Stargirl. Now that her teenage daughter Courtney is older, Barbara is jumping back into the workforce and striving to be the best mother and provider she can be to her daughter, her new husband (previously announced Luke Wilson, playing mechanic-turned-superhero Pat Dugan) and her new stepson, played by Romano.

“Stargirl” centers on high school sophomore Courtney Whitmore (Bassinger), who inspires an unlikely group of young heroes to stop the villains of the past. This new DC Universe series, premiering in 2019, reimagines Stargirl and the very first superhero team, the Justice Society of America, and is produced by Warner Bros. Television, Mad Ghost Productions and Berlanti Productions. Johns and Sarah Schechter are executive producers.

The original series is the sixth for DC Universe and focuses on the title character, who kicked off Johns’ comic book career in 1999. That print series was inspired by his late sister, who was killed in a 1996 plane explosion. “Stargirl” is part of a live-action slate that includes “Titans” “Doom Patrol” and the upcoming “Swamp Thing.”