There’s little doubt that “Star Wars: The Force Awakens” will be among the biggest blockbusters of all time when Disney rolls it out on December 18. But Hollywood’s rival studios are hardly quaking in their box-office boots — it’s more like a collective, “Bring it on!”

Every major studio plans to counter-program with at least one movie the week before, of or after the debut of “The Force Awakens.” The first “Star Wars” film in a decade is poised to deliver the first $100 million opening weekend ever in December, and it could eventually gross more than $2 billion globally.

Executives at studios competing with Disney aren’t sweating the muscular box-office prospects for the Millennium Falcon crew. “The market will expand, as it nearly always does when there is a movie doing extraordinary business,” said Chris Aronson, president of domestic distribution at 20th Century Fox. 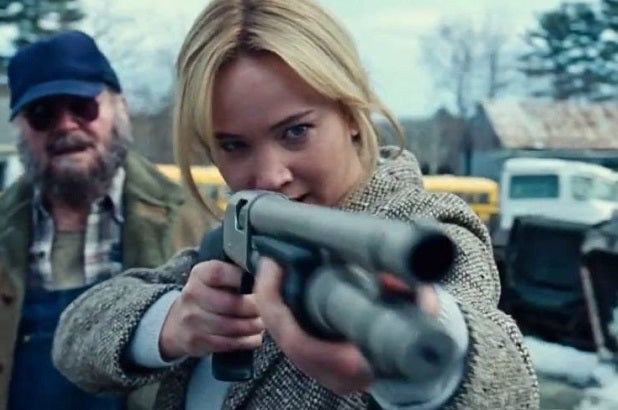 He and other distribution executives believe that blockbusters build, rather than cut into, the business of other movies because they get people into theaters where they are exposed to trailers for others movies, generate buzz and feed the moviegoing habit.

“When everybody is talking about that movie that came out over the weekend, people want to be part of the discussion,” Aronson said.

Fox has three films — “Alvin and the Chipmunks: The Road Chip,” the Jennifer Lawrence dramedy “Joy” (photo above) and the Leonardo DiCaprio-Tom Hardy action Western “The Revenant” — set to open on Christmas Day.

And it’s not just Fox that wants a slice of that holiday fruitcake. On Christmas Day, Warner Bros. rolls out its “Point Break” remake starring Luke Bracey, Sony checks in with the Will Smith NFL injury drama “Concussion” and the Weinstein Company has Quentin Tarantino‘s “The Hateful Eight.” 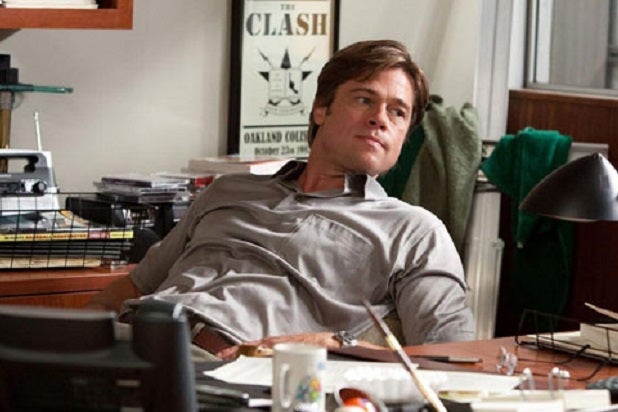 “Moviegoing begets moviegoing, and at Christmas time that effect is heightened,” Megan Colligan, Paramount’s marketing and distribution president, told TheWrap. “We know ‘Star Wars’ is going to be big, and what’s good about it for the rest of us is that it’s coming a little early in the season, so we could all see a boost. ”

Paramount has booked a limited Dec. 11 release for “The Big Short,” a comedy-drama about the collapse of the U.S. housing market. The following week, as “The Force Awakens” hits theaters, “The Big Short” will expand again. Then the Adam McKay-directed tale starring Christian Bale, Ryan Gosling, Brad Pitt and Steve Carell will go wide on Dec. 25. The studio has slotted its Mark Wahlberg-Will Ferrell comedy “Daddy’s Home” on that day, too.

“We feel really positive about these two films and in both cases, we think they’ll bring something unique to the market that is going to make them work,” Colligan said. While “The Big Short” is aimed squarely at adults, “Daddy’s Home” reunites the stars of the 2010 hit “The Other Guys” and targets family audiences. 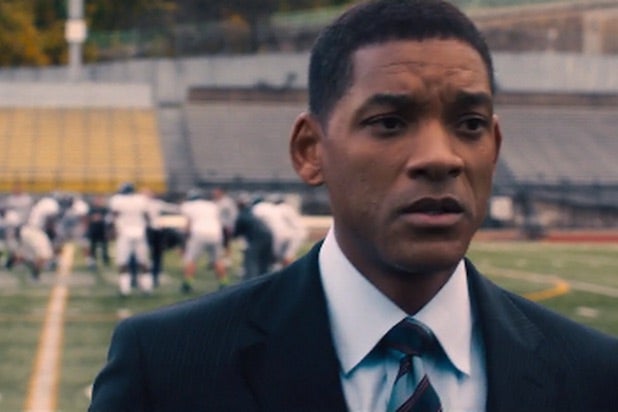 Universal is the only studio to directly go up against Han Solo, debuting “Sisters,” its raunchy and R-rated comedy starring Tina Fey, Amy Poehler and Maya Rudoloph, on the same day that the PG-13-rated “The Force Awakens” opens.

“That’s perfect counter-programming,” Exhibitor Relations vice president Jeff Bock told TheWrap. “They may not get a single fan boy, but they’ll do just fine. And there will be folks who wind up seeing it because they can’t get into ‘Star Wars.'”

The ultra-crowded Christmas corridor means tougher competition, so at least one high-profile release is sure to find coal in its stocking. Tim Burton’s “Big Eyes” took lumps last year, and in 2013 it was Keannu Reeves’ “47 Ronin.”

“That’s a shame,” Bock said of the casualties. “But the fact is, the holidays are a terrific time for moviegoers.”

”The Wolf of Wall Street“ and ”The Secret Life of Walter Mitty“ are among the films competing for Christmas Day dollars this year. Here are the movies have come out on top in the past