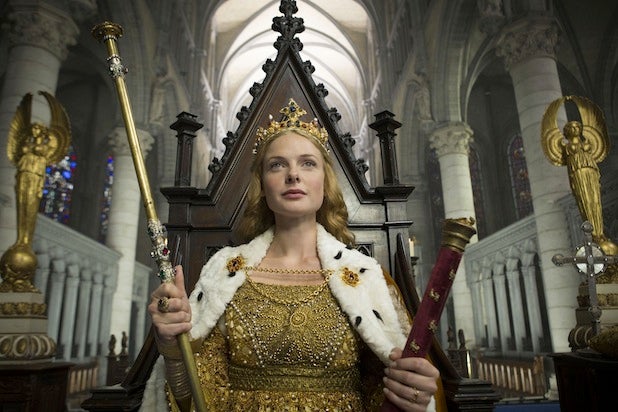 In a surprise mini executive session at the Television Critics Association press tour Friday, Starz CEO Chris Albrecht discussed the early renewal of “Black Sails,” the status of a “White Queen” sequel and why it decided to cancel “Magic City.”

Previously, Albrecht had said the network was moving on with a sequel to its miniseries “White Queen.” He said they’re still considering the sequel, but without BBC as a co-producer. Philippa Gregory’s latest novel, “The White Princess,” is in consideration.

“We’re working on looking at story, and no BBC won’t be a part of it,” he said. “We’re looking at the show from a creative point of view. We’re certainly interested in the sequel to ‘White Queen. It did very well for us.”

In regard to renewing “Black Sails,” the CEO said that the decision was made on the strength of the reviews and audience reactions after San Diego Comic Con.

“Some said that pirates are the new zombies,” he joked.

In respect to canceling “Magic City,” Albrecht said there were several considerations involved in the decision.

“‘Magic City’ was a fine show, an expensive show. Our distributors didn’t want to co-market it with us,” he said. “The audience was nominal for us.”

But, Albrecht said he was comfortable with where the series concluded.