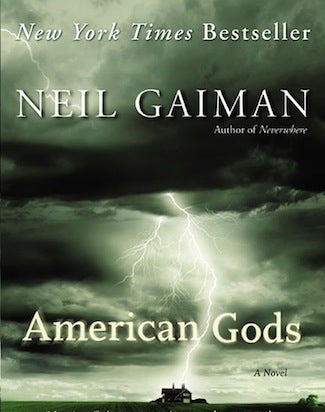 “‘American Gods’ is a project that deserves to be made. With our partners at FremantleMedia and with Bryan, Michael and Neil, we believe we can create a series that honors the book and does right by the fans and viewers,” said Starz’s managing director, Carmi Zlotnik, in a statement.

Fuller will write the pilot and Green will serve as the series’ showrunner.

“American Gods” portrays a war between the old gods of biblical and mythological roots and a new group of gods “reflecting society’s modern love of money, technology, media, celebrity and drugs.”

Its main character is Shadow Moon, who is described as “an ex-con who becomes bodyguard and traveling partner to Mr. Wednesday, a conman but in reality one of the older gods, on a cross-country mission to gather his forces in preparation to battle the new deities.”

FremantleMedia North America’s Thom Beers, Craig Cegielski and Stefanie Berk will executive produce the series along with Fuller, Green and Gaiman. Vice President of Original Programming Ken Segna will be the Starz executive in charge of “American Gods.” Starz will retain all network pay-TV and subscription VOD rights to the project. FremantleMedia will distribute the series worldwide.

Gaiman’s 2001 novel has been translated into more than 30 languages and earned numerous awards including a Hugo, Nebula and a Bram Stoker Award for Best Novel.

“American Gods” represents FMNA’s continued push into scripted programming. It’s also currently in production on “The Returned,” an American adaptation of the French series, for A&E. The company is best known in the U.S. for its nonfiction fare, including “The X Factor” and “America’s Got Talent.”