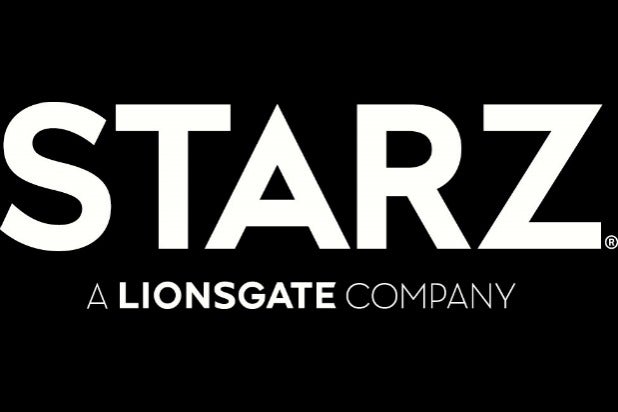 Sorry, fans of “Outlander” and “Power” and “American Gods.” The Starz premium cable channel was dropped by Altice USA after the two sides failed to reach an agreement for a new carriage deal by the deadline of midnight on Dec. 31.

The cable operator, which owns Optimum (formerly Cablevision), put out the following statement:

“As of midnight December 31, 2017, Altice USA will no longer carry Starz or StarzEncore programming directly. Despite numerous attempts by Altice USA to reach a deal with Starz for continued carriage in video packages and a la carte carriage, Starz refused all offers, including an offer to extend our current arrangement.”

Starz responded to the turn of events in a statement, saying, “Despite all of Altice’s assertions to the contrary, the facts in this dispute are simple. Altice wanted a drastic reduction in price that was totally inconsistent with the market and flew in the face of the record popularity of our programming.”

The two sides have been squabbling over pricing as the deadline for a new deal loomed.

Altice maintained that because Starz now operates its own streaming service, its asking price for a cable deal was “outrageous…. given the limited viewership of Starz amongst our customer base and the different ways consumers can directly access Starz content.”

For its part, Starz said Altice was “demanding a totally unreasonable agreement unlike anything that has previously existed in our 20-year partnership.”

“As they have admitted repeatedly, ALTICE also wanted to penalize STARZ for accommodating our next generation subscribers with a direct-to-consumer offering despite the fact that we have successfully reached agreements with our other carriage partners, linear and digital alike, in recent months,” the Starz statement continues.

“Quite simply, STARZ wanted to negotiate a forward-looking agreement in the best interests of our two companies and our customers; ALTICE did not.  STARZ remains willing and available to work out a fair and reasonable agreement that serves the best interests of our consumers and reaffirms the value of ALTICE’s partnership with Lionsgate and STARZ.”

Also Read: Starz Head of PR Theano Apostolou to Step Down After 7 Years With Network

Altice USA is a New York-based subsidiary of Altice, a Netherlands-based multinational telecom giant founded and headed by the Moroccan-born Israeli billionaire Patrick Drahi. It is the second largest telecom company in France, behind Orange. Altice acquired Cablevision in 2016, and Altice USA operates Optimum and Suddenlink.

As of midnight December 31, 2017, Altice USA will no longer carry Starz or StarzEncore programming directly. Despite numerous attempts by Altice USA to reach a deal with Starz for continued carriage in video packages and a la carte carriage, Starz refused all offers, including an offer to extend our current arrangement.

“We are focused on providing the best content experience for our customers and continually evaluate which channels meet their needs and preferences relative to the cost of the programming imposed by content owners. Given that Starz is available to all consumers directly through Starz’ own over-the-top streaming service, we don’t believe it makes sense to charge all of our customers for Starz programming, particularly when their viewership is declining and the majority of our customers don’t watch Starz. We believe it is in the best interest of all our customers to replace Starz and StarzEncore programming with alternative entertainment channels that will provide a robust content experience at a great value.”

Starz is available to all consumers directly through Starz’ own OTT streaming service, and any broadband customer who wants to watch Starz programming can continue to do so by subscribing. For more information, customers can visit Optimum.net/starz
No Optimum or Suddenlink consumer will lose access to Starz since they can subscribe directly with Starz for the service but we are also providing replacement content and programming options for our customers:

>>Customers who previously purchased Starz a la carte will have the option to receive another Premium service or they can purchase the Starz OTT service directly through Starz (for less than what we would be able to charge if we agreed to their terms and demands).

Since our last contract renewal, Starz began offering a direct to consumer streaming service for $8.99 per month. Given that Starz is available direct to consumer through their subscription service, we have been actively negotiating to reach a deal that makes sense for all our customers, and made numerous offers of increasing value and partnership structures.
Starz wanted an all or nothing-type deal and their insistence on terms would force us to charge customers more than what the Starz OTT product costs — that would not make sense for our customers. Given the limited viewership of Starz amongst our customer base and that consumers can get Starz directly, we believe this approach is in the best interest of all of our customers who otherwise would have seen an impact on prices due to Starz’ demands.

We have simply been seeking to do what Starz itself is doing: support a Starz a la carte product, whether through our sales channels or through their OTT service.

We have reached more than two dozen agreements over the last few months that reflect the company’s commitment to both negotiate fairly and keep costs down for customers. In addition to offers to maintain packaged distribution, we proposed extending our a la carte deal in Suddenlink to include Optimum and Starz refused – this despite the fact that Starz has a la carte only deals with other distributors. We also offered to help sell the Starz OTT service to our broadband customers and they refused. We also offered to extend our current agreements.