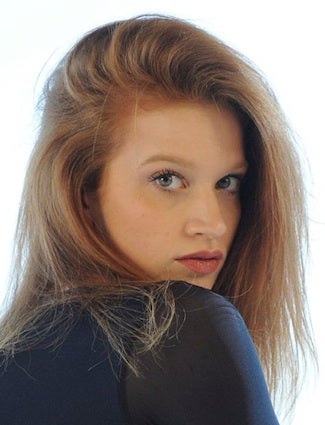 Hay will be Claire, who’s described by Starz as:

“A beautiful, soulful and deeply emotionally wounded young woman who possesses an innate innocence and fragility while at the same time harboring self-destructive tendencies and a vaulting ambition. She is a transcendent ballerina, capable of reaching the sublime, but her inner torment and aspirations drive her in compelling, unforeseeable ways.”

“From the beginning, we all agreed this project could not go forward unless we found a world class dancer who had the ability to convey the widest range of emotions that Moira has written,” says Starz CEO, Chris Albrecht in a statement.

“This is one of the most challenging and dynamic characters I have even seen and am thrilled to say we found our ‘Claire’ in Ms. Hay,” he continued.

Hay started at the School of American Ballet at eight years old. In 2010, Hay was invited by Artistic Director, Aaron Watkin to join the Dresden Semperoper Ballett in Germany, and was promoted to soloist in 2012. She has danced the title role in “Cinderella,” Swanilda in Balanchine’s “Coppelia,” Marie in Aaron Watkin’s “Nutcracker,” and principal dancer in Balanchine’s “Emeralds,” among many others.

Hay danced as a member of the Corps De Ballet in the film, “Black Swan,” and is among the list of Capezio Athletes.