Starz has found its lead director for the upcoming TV spinoff of “John Wick,” “The Continental.”

Albert Hughes will now step into the director’s seat on the three-part series, an individual with knowledge of the project told TheWrap. Hughes (“The Book of Eli,” “Menace II Society”) will direct the first and third episodes of “The Continental,” which focuses on the origin of the hotel for assassins from the Keanu Reeves-led film franchise.

Starz had initially developed the project as an ongoing series, but it was recently reported that it will now be a three-part TV event across three nights. Each episode will be feature-length installments and each boast feature-film budgets. 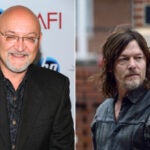 No director has been set for the second episode.

“The Continental” is set 40 years before the events of the films and focuses on a younger version of Ian McShane’s character Winston, who this week was announced will return for “John Wick 4.” The series will be set inside the Continental hotel that serves as a safe house for assassins. 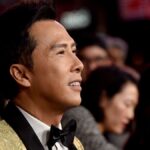 “John Wick 4” is filming in Europe and is expected to be released sometime in 2022.

Albert Hughes is best known as one-half of The Hughes Brother directing duo along with his brother Allen. He’s best known for directing and producing the ’90s drama “Menace II Society.” Most recently he directed an episode of the Ethan Hawke series “The Good Lord Bird.”