Stocks for both Lionsgate and Starz climbed Thursday morning after Lionsgate agreed to acquire Starz for $4.4 billion.

Lionsgate (LGF) and Starz (STRZA and STRZB) were both up by double-digit percentages within the first few minutes of open trading at 9:30 a.m. ET. Starz (represented in the photo above by president/CEO Chris Albrect, right)  stocks were rewarded more than Lionsgate (CEO Jon Feltheimer pictured, left), as the purchasing company agreed to pay a roughly 18 percent premium for the premium TV channel group.

Below is the early stock movement for both companies. We selected a five-day snapshot for LGF and STRZA to best show their quick, pre-market inclines. That same view was not available for STRZB, which actually experienced the highest dollar (+$5.14) and percentage (+18.38%) uptick.

The acquisition is expected to officially close later this year. 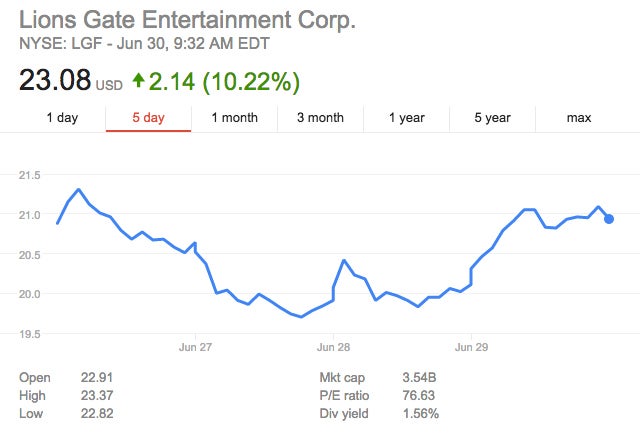 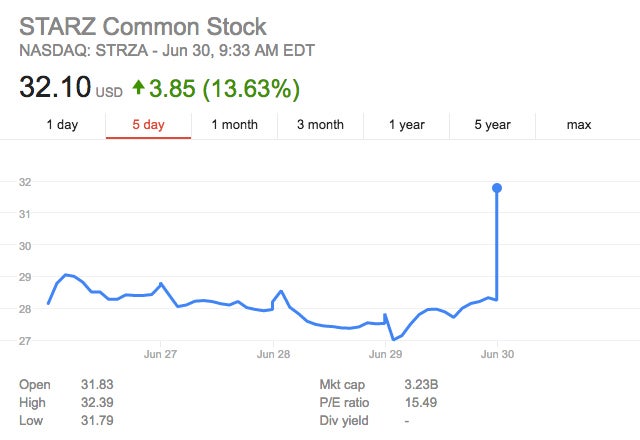 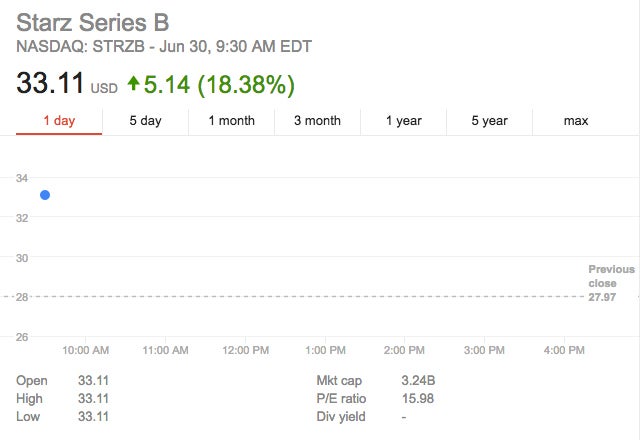