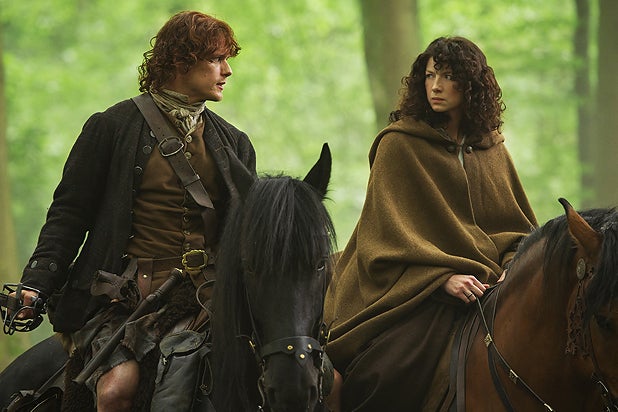 Ahead of Saturday’s “Outlander” mid-season finale on Saturday , Starz has set a return date for its hit freshman time-travel drama on April 4, 2015.

The series premiered in August, setting multiplatform records, according to the network, and surpassing 5 million viewers.

Produced by Sony Pictures Television, “Outlander” tells the story of a combat nurse from 1945 who is transported through time to 1743 Scotland. The married Claire finds herself drawn to Jamie, who she’s forced to marry for her protection. The series also stars Tobias Menzies, Graham McTavish, Duncan Lacroix, Grant O’Rourke, and Stephen Walters.