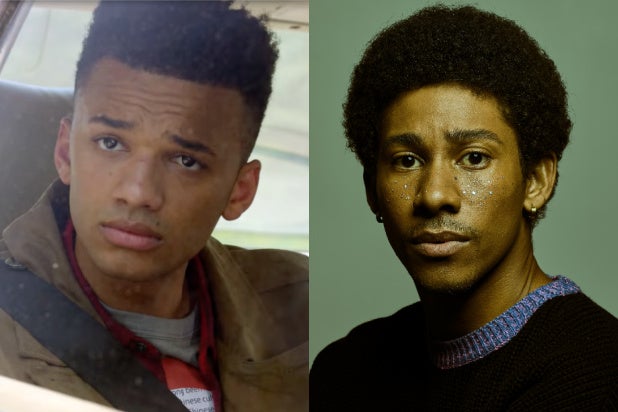 Starz has recast the role of Tal Baker for its “Step Up” TV series. The cable channel said Tuesday that Petrice Jones, the actor who played the part when the show’s first two seasons aired on YouTube, will be replaced by Keiynan Lonsdale.

Jones took a series regular role on a different show, so he was not available for the new season of “Step Up,” which was picked up by Starz in May 2020 after the show, formerly known as “Step Up: High Water,” was canceled at YouTube, an individual with knowledge told TheWrap.

Per Starz’ character description, “Once an outcast from Ohio, taken from his mother and dropped in the tough streets of Atlanta. Tal faced persecution for his eccentricities, his sexuality and his refusal to submit to the expectations of others. Dancing his way into High Water, literally, beaten and bloodied, Tal became the pride of Sage Odom’s (played by Ne-Yo) elite dance crew. Now the lead dancer for Sage’s massive tour, Tal must continue to be the most crucial piece in a support system that carries his friends, his family and a billion-dollar tour. He is lean, graceful and courageous, just like his nickname: the greyhound.”

Also joining Starz’ “Step Up” series are dancer Rebbi Rosie in the role of Angel and “Power” alum Enrique Murciano as Cruz. Cast member Terayle Hill, who plays Marquise, is being upped to a series regular role for the upcoming third season.

This casting news comes on the heels of Starz replacing the late Naya Rivera with Christina Milian in the show’s leading role of Collette, which was played by Rivera during “Step Up’s” YouTube years.

The series, inspired by Lionsgate’s “Step Up” film franchise that grossed over $600 million at the worldwide box office, centers on Sage Odom (Ne-Yo) as the legendary founder of Atlanta’s famed High Water Performing Art School. The first two seasons, which include Rivera’s performance, will begin airing Fridays on Starz at 8 p.m. on March 5. Season 3 of the show began filming in Atlanta this month.

Sorenson, Adam Shankman and Jennifer Gibgot executive produce the series along with Channing Tatum and Jenna Dewan, who both co-starred in the original “Step Up” film, and Erik Feig, Bill Brown and Dawn Wilkinson.