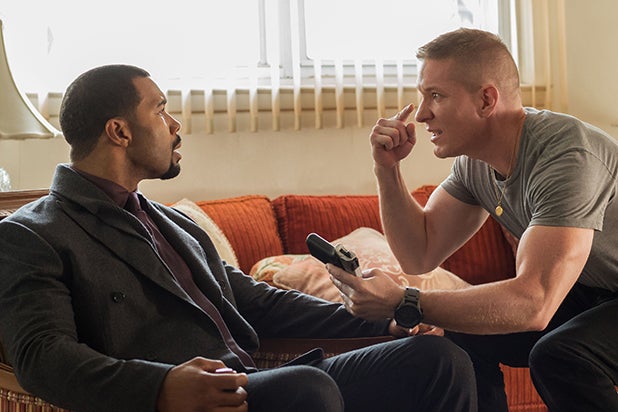 Starz is going to keep the “Power” on.

The cable channel has renewed the hit drama, which counts Curtis ’50 Cent’ Jackson among its executive producers, for a third season.

The renewal comes following a record-setting Season 2 premiere on Saturday. The season debut racked up 1.43 million viewers with it initial 9 p.m. airing, making it the most-watched season premiere episode for a Starz original series. For the weekend overall, the “Power” premiere amassed more than 3.62 million total viewers.

“I am thrilled to learn that season three of ‘Power’ has been officially ordered by Starz. It is an honor to work with Chris Albrecht, Carmi Zlotnik, Ken Segna and the whole Starz team,” series creator and executive producer Courtney Kemp Agboh said of the renewal. “Their support has been steadfast from the beginning, and I look forward to a bright future together.”

Added 50 Cent, “‘Power’ is a project I have been passionate about since day one. I am glad the audience loves the show as much as we do, and we are just getting started.”

The 10-episode third season will begin production in New York in September.