From a 12-year-old hunger activist (pictured) to Vietnam War veterans, from small business owners to the CEO of Microsoft, the Obamas will have 23 official guests in all.

In addition, there will be one seat left vacant in honor of victims of gun violence because, according to the White House, “they need the rest of us to speak for them.”

The White House has full bios on each of the guests. Here’s a who’s who:

Sue Ellen Allen (Scottsdale, Ariz.) – Criminal Justice Reformer
A former prison inmate, she founded Gina’s Team, which supports women who are incarcerated in Arizona prisons and helps them give back to the community upon their release.

Gloria Balenski (Schaumburg, Ill.) – Letter Writer
She credits the president’s economic and health care initiatives with helping her family recover after she lost her job, their son’s college savings dried up, her husband’s auto-industry job was threatened, and her husband suffered a heart attack. (He has recovered.) 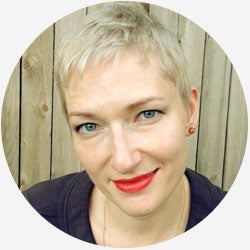 Edith Childs (Greenwood, S.C.) – County Councilmember
A grandmother of six, she came up with the famous “Fired up! Ready to go!” chant that helped propel President Obama’s 2008 and 2012 campaigns.

Cynthia “Cindy” K. Dias (Las Vegas, Nev.) – Veterans Homelessness Advocate
A Vietnam veteran and nurse, she lost her home and job due to post-traumatic stress but moved into Veterans Village, a Las Vegas non-profit where she became a major force in supporting and housing all homeless veterans in Las Vegas.

Cary Dixon (Huntington, W.Va.) – Opioid Reform Advocate
The mother of an adult who has a substance abuse disorder, she speaks out on eliminating the stigma that is often attached to those affected by substance abuse. 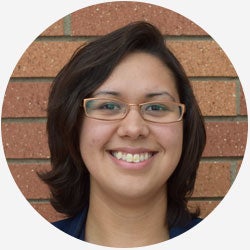 Refaai Hamo (Troy, Mich.) – Syrian Refugee
The Ph.D. holder, who now lives in Michigan, gained attention on the website Humans of New York for his story of struggle after a Syrian government bomb killed seven of his family members, including his wife, and he failed to find work or medical care in Turkey, where he was diagnosed with stomach cancer.

Lisa Jaster (Houston, Texas) – Ranger School Graduate
The engineer and mother of two, a 2000 graduate of West Point, was on active duty in the Middle East for seven years before she became just the third woman to graduate from Ranger School — and the first female Army Reserve officer to do so.

Dannel P. Malloy (Hartford, Conn.) – Connecticut Governor
The governor has successfully implemented many of the president’s key progressive initiatives, including the Affordable Care Act, gun control and a $10.10 minimum wage. 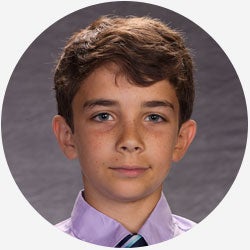 Braeden Mannering (Bear, Del.) – Hunger Activist
A 12-year-old sixth grader in Delaware (pictured), he started the non-profit Brae’s Brown Bags (3B) to give homeless and low-income residents of his community healthy food — and empower young people to take the lead on hunger relief and healthy eating.

Jim Obergefell (Cincinnati, Ohio) – Civil Rights Activist
An “accidental activist,” his name became famous when the Supreme Court upheld marriage equality in Obergefell v. Hodges, the case in which he was the lead plaintiff. 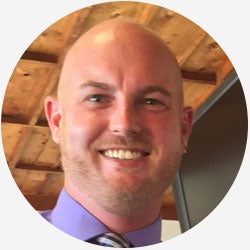 Ryan Reyes (San Bernardino, Calif.) – Activist
His partner, Larry “Daniel” Kaufman, a job trainer for adults with developmental disabilities, was on his lunch break when terrorists attacked the Inland Regional Center in San Bernardino; Kaufman saved four people before he was shot and killed.

Ronna Rice (Greeley, Colo.) – Small Business Owner
She is the CEO of the family business Rice’s Lucky Clover Honey, which has been in operation since 1924 and recently expanded in Asia, creating growth and job opportunities.

Cedric Rowland (Chicago, Ill.) – Affordable Care Act Navigator
As the lead navigator for Near North Health Service Corporation in Chicago, he works with people to find the best and most affordable health care plans under Obamacare.

Naveed Shah (Springfield, Va.) – Veteran
A native of Saudi Arabia, he immigrated to the U.S. with his Pakistani parents, grew up in the D.C. suburbs and enlisted in the U.S. Army in 2006, after which he served in Iraq. 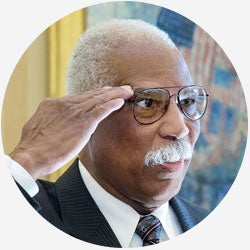 Earl Smith (Austin, Texas) – Veteran
The veteran met Barack Obama on the campaign trail in 2008, when he gave the then-candidate a military patch that he had worn while serving in an artillery brigade in Vietnam and kept for four decades.

Spencer Stone (Sacramento, Calif.) – U.S. Air Force Staff Sergeant, Hero
He received a Purple Heart and a promotion for his heroics in preventing, along with three others, a terrorist attack on board a train bound for Paris last August, an event that made global headlines.

Oscar Vazquez (Fort Worth, Texas) – Veteran, Dreamer and STEM Leader
He moved to the Phoenix, Ariz., from Mexico at age 12, and earned a degree in mechanical engineering from Arizona State University but couldn’t find work without legal status. After he got a green card in 2010, he enlisted in the Army served a tour in Afghanistan, and is now a U.S. citizen.