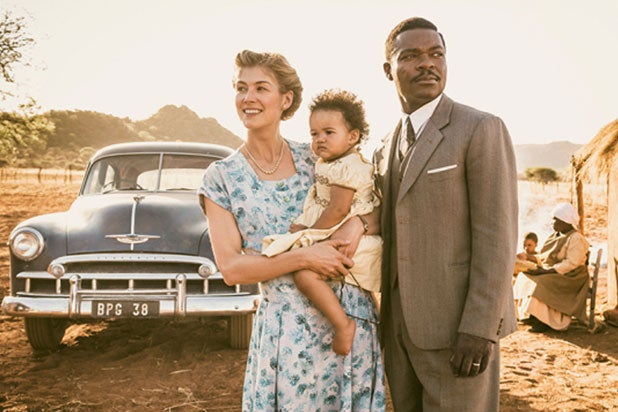 FIP’s “The State vs. Jolly LLB 2” was the highest-ranking independent debutante at this weekend’s box office, as the Hindi-language satire of India’s legal system reeled in $800,000 at 173 locations, edging out this year’s Oscar short film nominees.

“Jolly LLB 2” stars Akshay Kumar, whose past three films have grossed more than $1 million at the U.S. box office. His latest appears to be well on its way.

The Hindi film squeaked past Shorts HD and Magnolia Pictures’ “2017 Oscar Nominated Short Films,” which brought in $660,000 at 184 locations for a $3,587 average. The short film feature includes all five live action shorts competing at the Academy Awards on Feb. 26.

Also Read: 'I Am Not Your Negro,' Oscar Nominees Lead Way at Specialty Box Office

While Oscilloscope’s “Kedi” had the highest average audience by far, grossing $40,510 at one location in New York, “A United Kingdom” had the strongest average audience of any film that opened in more than one theater. The Fox Searchlight romantic drama took home $70,000 at 4 locations for a healthy $17,500 average. The film follows the real-life romance between Prince of Bechuanaland Sir Seretse Khama and his wife, Ruth Williams Khama, who persevere despite vast opposition to their interracial marriage. David Oyelowo and Rosamund Pike star as the couple.

Sony Classics’ “Land of Mine,” which was nominated for a Best Foreign Language Film Oscar, debuted with $15,578 at three locations for a $5,253 average. The film has grossed a cumulative $23,510, including its qualifying run. The only other independent newcomer this week was China Lion’s “Duckweed,” which picked up $160,000 at 27 locations for a $5,925 average.

Oscar nominees continued to do well at the box office, as moviegoers look to catch up ahead of the Feb. 26 ceremony. A24’s “Moonlight,” which was nominated for eight Oscars including Best Picture, topped the $20 million mark domestically with a $592,839 weekend.