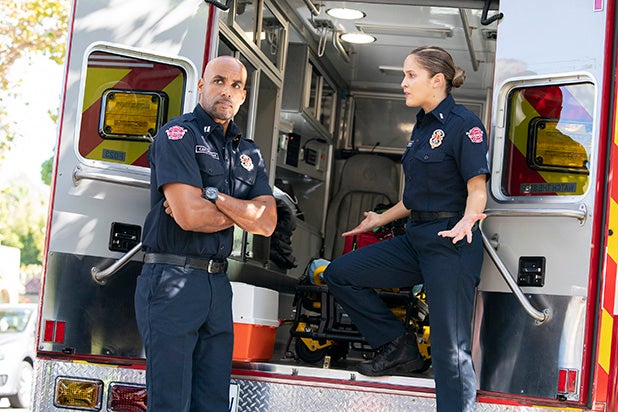 “Grey’s Anatomy” spinoff “Station 19” found itself in an unbearably awkward spot Thursday night when its CGI job with a furry friend of the forest proved less-than realistic to Twitterverse.

“Oooohhhhhh, nooooo!!!! That CGI BEAR IS BAD, IT’S SO BAD!!!! A guy in a bear suit would look better!” one Twitter user wrote.

The premise of the episode was a camping trip that was meant to be a team-building exercise soon devolved into a disaster when a pair of fellow campers were savagely attacked by a bear.

But to many fans on social media, instead of the encounter being scary, it became a joke, with the obviously-CGI’d bears drawing a barrage of Twitter users firing off hilarious criticisms.

“These bears don’t look real,” another tweet said, along with two screengrabs of the episode that show a baby bear with an abnormally large head and an adult bear that looks about as life-like as a taxidermied museum piece.

Oooohhhhhh, nooooo!!!! That CGI BEAR IS BAD, IT'S SO BAD!!!! A guy in a bear suit would look better! #Station19 pic.twitter.com/TkgPZO5THt

The shitty bear CGI in #Station19 is offensive. Your fans deserve better pic.twitter.com/4oeUEwqYpm

Its not the worst bears ever, but smokey would've been much better then those #station19 pic.twitter.com/LPq9ToUec5

#Station19 Now Where They Going With This Fake Ass Disney Channel Bear pic.twitter.com/0AsDwNNCO3