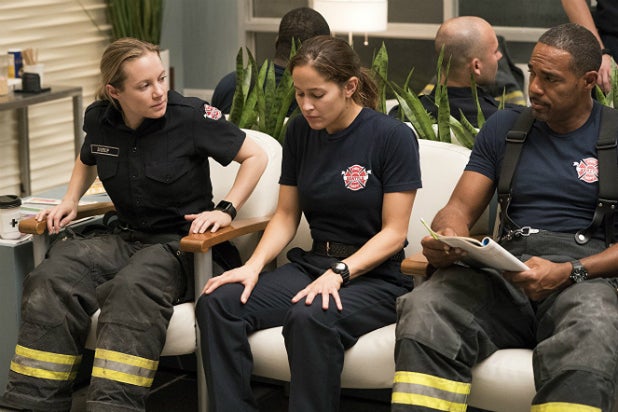 “Station 19” is no “Grey’s Anatomy.” To be fair, not many shows are — but the Shondaland spinoff didn’t get off to too hot a start last night.

Neither block of “Station 19” was able to match NBC’s firefighter show in terms of total viewers, but at least they provided a time slot boost to the Disney-owned broadcast net.

Either way, CBS smoked out all of its primetime competition last night with a pair of March Madness basketball games. Due to the nature of live sports, however, the CBS numbers in this story should be considered subject to adjustment.

Airing all NCAA Tournament coverage, CBS was first in ratings with a 2.4 rating/10 share in the advertiser-coveted 18-49 demographic and in total viewers with an average of 8.1 million, according to preliminary numbers.