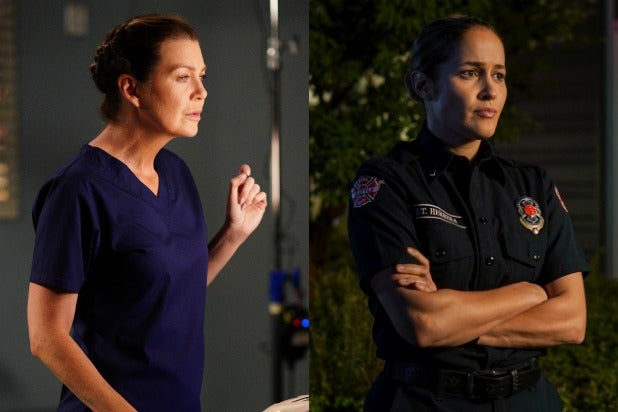 With their powers combined, Thursday’s “Station 19”-“Grey’s Anatomy” crossover handed ABC an outright victory in primetime, according to Nielsen.

CBS, NBC and Univision all tied for third in ratings, both with a 0.5. CBS and NBC had 2 shares, Univision got a 3. CBS was second in total viewers with 3.8 million viewers, NBC was fourth with 2.2 million and Univision was fifth with 1.6 million.