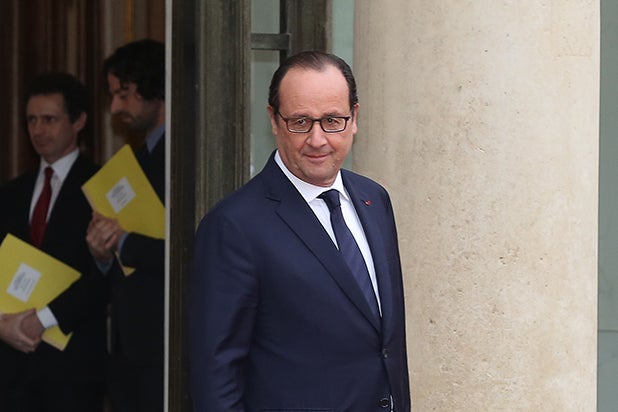 French president Francois Hollande’s dirty laundry is about to be aired on the big screen as former First Lady Valérie Trierweiler’s autobiography “Merci pour ce moment” (“Thank You for This Moment”) has been optioned for adaptation.

French producer Saïda Jawad told The Independent she has bought the rights to film Trierweiler’s book and promised the film will reveal even more new details about Hollande and his romantic betrayal.

“In ‘Merci pour ce moment,’ Valérie is the embodiment of a woman’s struggle to scream the truth,” Jawad told the British newspaper.

Trierweiler’s book, which was released in September, details the reporter’s seven year relationship with the French president, including his year-long affair with actress Julie Gayet.

In the tell-all, the former First Lady also outs Hollande’s not-so-politically-correct discussions about poor people in France, whom he allegedly referred to as “les sans dents” (“the toothless ones”).

The latest announcement marks a further blow for Hollande as he attempts to revive his stumbling presidency in 2015.