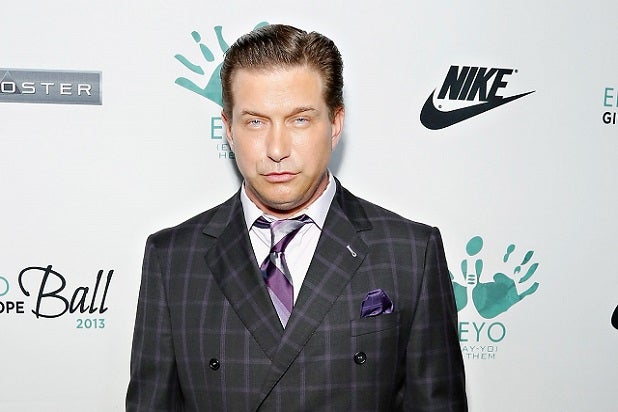 Stephen Baldwin has allegedly violated the First Commandment of publishing: Thou shalt not pocket your book advance without eventually ponying up a draft.

Actor and heavy-duty Christian Baldwin has been sued by Hachette Book Group subsidiary FaithWords, for allegedly stiffing the publishing company on a book for which he was given a $110,000 advance.

According to the lawsuit, filed in New York Supreme Court on Friday and obtained by TheWrap, Baldwin and FaithWords entered into a publishing agreement in March 2007 for the book, which Baldwin agreed to deliver on Jan. 1, 2008.

However, despite multiple extensions that eventually moved the delivery date to April 1, 2010, the book never materialized, FaithWords said.

Baldwin’s publicist had no comment for TheWrap on the lawsuit.

Alleging breach of content and unjust enrichment, the publisher is asking for its $110,000 back, plus interest, attorney’s fees and costs.

By the way, the book in question was to be “a book of non-fiction in which the author shows readers what it means to live in everyday life as ‘a sold out, hardcore, nothing-held-back Jesus freak.'”

Maybe it’s all for the best that the book didn’t get written. Allegedly.