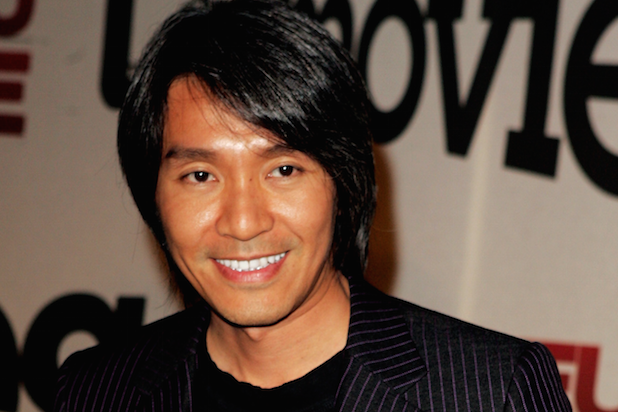 While he has no plans of abandoning China for Hollywood, the martial arts actor and director says he’s now setting his sights on working with American actress Anne Hathaway. Yet, he’s worried the “Les Miserables” star might not mesh with his particular brand of action comedy.

“I heard that she got married, so I don’t have a chance anymore,” Chow joked to TheWrap.

“Journey to the West” is alternately funny, thrilling and horrifying. It loosely updates a Chinese fable about a pair of demon hunters, but puts a fresh spin on the oft-told tale with dazzling action sequences and special effects.

“Imagination is the key,” Chow said, explaining the secret to cooking up one of his genre-defying fight sequences.

Chinese audiences ate it up, shelling out more than $200 million at the box office. Here in the United States, “Journey to the West” debuted on video on demand this month and rolled out in a handful of theaters.

Though Chow cites American directors such as Steven Spielberg and Martin Scorsese as influences, the tone of his movie veers between Laurel and Hardy and “Kill Bill.”

Yet, it’s too early to tell if “Journey to the West” will click with U.S. audiences, and make good on its title.

Chow contends that the secret to the film’s appeal in China was that “my movie is suitable to audiences of all ages.” Given that the movie opens with a scene of a little girl watching as her father is gobbled up by a sea monster, before she becomes the beast’s latest meal, what’s appropriate for children may get lost in translation.