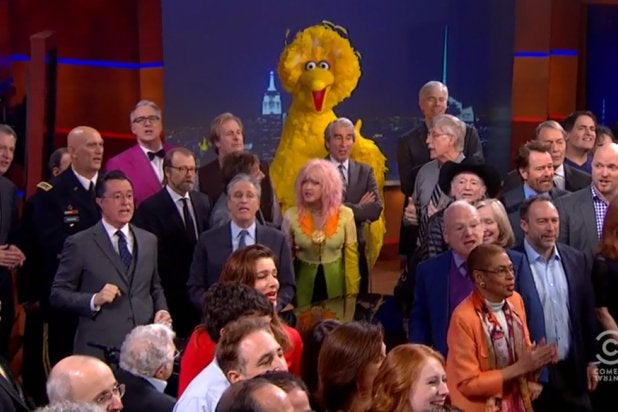 After nine years on his own show, and even longer as a correspondent on “The Daily Show,” Stephen Colbert finally bid farewell to his conservative pundit alter ego in the final episode of “The Colbert Report” Thursday night on Comedy Central.

Colbert also treated his fans with one of his most popular segments on his last show with one final edition of “The Word.” His exploration of  “Same to You, Pal” looked at the legacy Colbert expects to leave behind now that his time behind the desk at Comedy Central has come to a close.

He did one last “Cheating Death” segment, which took a dark turn when he accidentally killed Grimmy, the grim reaper he cheats on chess with. But he quickly realized that by killing Death, he has in fact cheated death, rendering him immortal.

After saying farewell with that massive musical number, Colbert was left to wonder what lie next in his future. The answer came in the form of a sleigh holding Santa Claus, Abraham Lincoln and Alex Trebek.

You know what? Just watch the rest of the show in the below videos. Let’s start with Colbert’s final opening:

Here is his last “Word” segment: