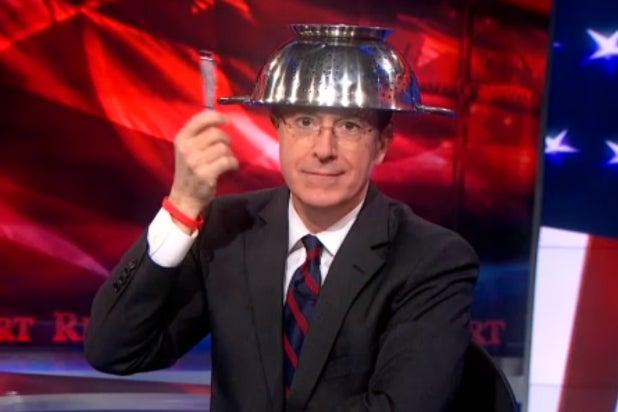 Stephen Colbert officially planted his flag of loyalty in the Ukraine on Thursday, as rebels in the country are rioting to break longstanding political ties with Mother Russia.

It’s a bold announcement from the late night comedian, as both countries are important United States trading partners. After all, “they contain the world’s largest strategic reserves of alcoholism,” Colbert said.

See video: Stephen Colbert on NASA’s Doughnut Discovery: ‘Call Off the Search for Water and Start Looking for a Lake of Coolata’

Unfortunately, the emotional support cannot help the very physical fight. The protestors are outmanned and wildly outgunned — but they are resourceful. The rebels have resorted to making their own catapults to fight against sophisticated weaponry.

But there is a bright side, Colbert said: “Even if they lose the revolution, they’re ready for next season’s Punkin Chunkin.”

For defense, the underdogs have taken to creating homemade riot gear. At least one was pictured wearing a kitchen colander on his head for protection, leading Colbert to remark, “That helmet is completely impenetrable — unless the police somehow develop hot water technology.”

Regardless, the “Colbert Report” host stands with the “rag tag group” of Ukrainians, proving it by donning a colander of his own behind his anchor desk.