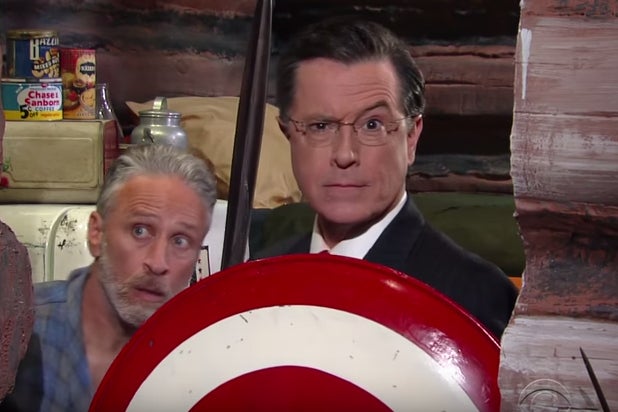 All “The Late Show” needed was a little “Colbert Report.”

Jimmy Fallon‘s “Tonight Show” landed a 2.0, while Jimmy Kimmel had a 1.5, according to Nielsen.

Among those ages 18-49, “The Late Show” averaged 0.5 rating, its biggest number in the 25 local people meter markets since that aforementioned mid-February date.