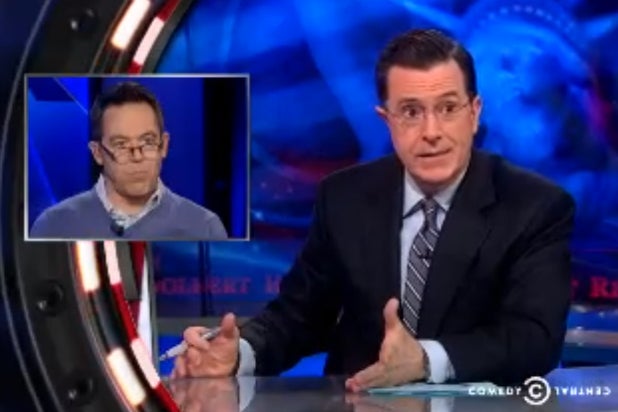 Stephen Colbert is “as mad as a man who is too angry to finish his similes,” he declared during a special Tuesday show.

First up, Colbert’s favorite athlete, A-Rod, has been suspended for the entirety of the 2014 Major League Baseball season for alleged continued performance-enhancing drug use — and the comedian is not happy about seeing the New York Yankees third baseman benched.

Neither are the hosts of Fox News’ “The Five,” who called out MLB for apparent hypocrisy, saying that the league supports medical marijuana but damns the use of PEDs.

Though Colbert was somewhat more understanding of the difference: “Well of course the MLB supports marijuana use, how else do you get people to pay $18 for a hotdog?” he quipped.

See video: Stephen Colbert Sums Up Chris Christie’s Strategy: ‘It’s My Way, or I Shut Down Your Highway’

The most passionate member of “The Five” on the subject was Greg Gutfield, who argued that people should do any drug that makes them better at their job.

“I agree,” Colbert replied. “If there is a drug that could make Greg Gutfield do his job better, by God he should do those drugs.” He added, “Please.”

Either way, there is a lesson in this. “Listen to ‘The Five’ kids: Just do drugs,” Colbert concluded.