Stephen Colbert has run out of patience with Arizona Senator Kyrsten Sinema. So, on Monday night’s show, he called her out directly.

To kick off his monologue, Colbert acknowledged that Monday was Martin Luther King Jr. Day, making fun of people taking MLK’s “words out of context to make it look like he agrees with whatever we’re saying.” Colbert then turned his ire onto the U.S. Senate joking that they were celebrating the day “by doing what they do best: nothing.”

“Democrats hoped to spend the holiday passing much needed voting rights legislation,” Colbert explained. “To do that, they have to modify the filibuster.” 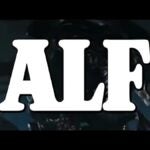 Of course, that hasn’t happened yet. And Colbert placed the blame squarely on Sinema’s shoulders, tossing in a dig at one of her recent black and white striped outfits.

“But that dream died last week, thanks to Arizona senator and Mrs. Hamburglar, Kyrsten Sinema,” Colbert continued. “Last week, Senator Sinema took to the Senate floor to announce that, while she values voting, the filibuster is her first love.”

Viewers were then shown footage of Sinema’s testimony from Jan. 13, in which she argued that the legislative filibuster is “a tool, that requires new federal policy to be broadly supported by Senators, representing a broader cross-section of Americans.” 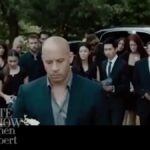 And Colbert was not having that.

“No. No. Not representing a ‘broader cross-section of Americans,'” Colbert corrected. “The 50 senators who are currently filibustering the voting rights bill represent 41 million fewer Americans than the senators who support it. Stop acting like the filibuster is anything other than an anti-democratic tool — which is also a pretty good description of Kyrsten Sinema.”

You can watch Colbert’s full monologue here and above.