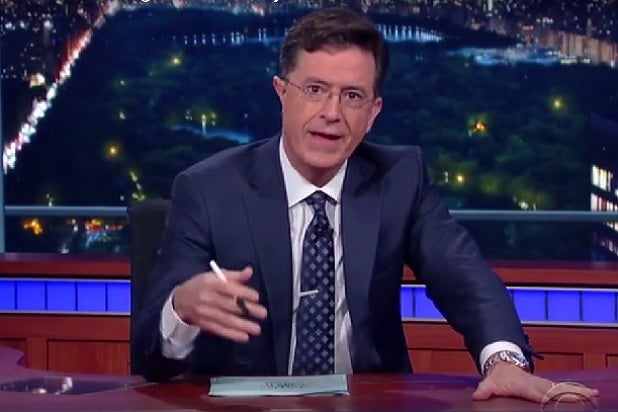 “Late Show” host Stephen Colbert addressed the deadly school shooting in Oregon during Friday’s episode, saying that he has no idea what to do about the situation, but warning that not doing something and expecting the situation to change is “insanity.”

“I want to talk about pretending. That is something that I know a little bit about,” Colbert, who adopted an arch-conservative persona on Comedy Central’s “The Colbert Report” for nearly a decade, began.

“In the face of the killings in Oregon yesterday, I honestly don’t know what to do or say, other than that our hearts are broken for the people struck by this senseless tragedy,” the host continued.

However, he said, Americans can’t expect that mass shootings won’t continue without some sort of change, adding that it’s “insanity” to think otherwise.

“I think pretending is part of the problem. these things happen over and over again, and we are naturally horrified and shocked when we hear about them. But then we change nothing, and we pretend that it won’t happen again,” Colbert said. “One of the definitions of insanity is changing nothing, and then pretending that something will change.”

Watch Colbert discuss the shooting in the video.