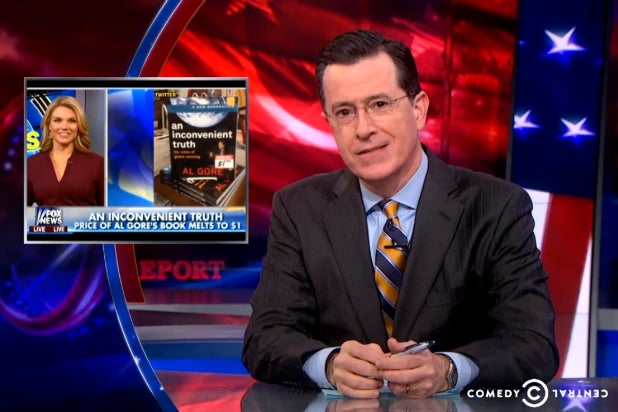 “Science tells us that if it ever gets cold, global warming isn’t real,” Colbert explained to the audience taking shelter in his studio.

Trump continued his personal railing against the climate change concept yesterday via Twitter, and found a very likely ally in “Fox & Friends.”

The Fox News talk show shared a viral photo showing that someplace, somewhere, Al Gore’s “An Inconvenient Truth” book is selling for just $1, thus discounting its findings along with its price tag.

Colbert pointed out the irony that “Fox & Friends” anchor Steve Doocy’s own book, “Tales From the Dad Side,” one can buy for just a penny on Amazon.

“With prices that low, I have to question if Steve Doocy can even father children,” the Comedy Central host concluded.