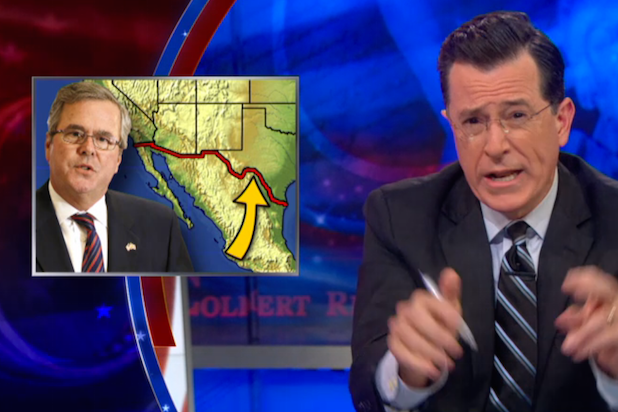 With the 2016 presidential election a mere 900 days away, speculation is mounting about which Republican lawmakers will compete for the White House.

One of those would-be contenders, former Florida Gov. Jeb Bush, may have cost himself a chance at the top job last week when he expressed sympathy for illegal immigration.

“He will be missed,” Stephen Colbert noted on Monday’s “The Colbert Report.”

The reason that Bush has imperiled his political career?

Colbert and other GOP loyalists are taking offense to the former governor’s comments that immigrants who move to the United States in search of opportunity are not felons, they are uprooting their lives as “an act of love” for their families.

“Republican primary voters know that illegal immigration is not an act of love, sir, it is an illicit, filthy act of border penetration,” Colbert said. “No love involved. It is sweaty and it is frantic and odds are it’s happening in the back of a truck.”