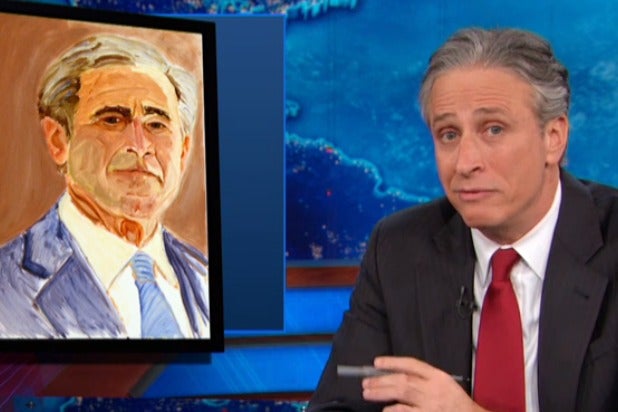 “Our sincere, earnest, almost childlike two-term president. You know, I think that may have been his campaign slogan at one time,” Stewart added.

The former president unveiled his portraits in an interview with his daughter, “Today” correspondent Jenna Bush Hager.

“Yes, much like any non-torturing, war-starting retiree, George W. Bush has returned to public life with like 30 pictures he made,” Stewart said. “While your grandfather might have chosen the beach or birds on his bird feeder as his subject, George W. Bush has gone with ‘Other people I knew who ran countries.'”

Stewart noted that Bush doesn’t like to over-interpret his own work — or say much of anything about it, really.

“If you visit the Bush gallery, you needn’t spring for the audio tour,” Stewart said.