CBS will air a new “Late Show With Stephen Colbert” on Friday, in place of what was supposed to be a repeat episode.

Trump is experiencing “mild symptoms” after testing positive for COVID-19, White House chief of staff Mark Meadows told reporters Friday morning. “The president does have mild symptoms…He continues to be not only in good spirits but very energetic,” Meadows said. “The doctors continue to monitor both his health and the health of the first lady.”

Outside of Colbert, only Jimmy Fallon’s “Tonight Show” and Jimmy Kimmel are airing new episodes Friday night. Kimmel airs his primetime “Game Night” at 8 p.m. ET ahead of ABC’s coverage of Game 2 of the NBA Finals.

The president announced on Twitter Thursday night he and his wife had tested positive for the coronavirus. Trump has several risk factors and preexisting conditions that put him in danger of becoming very ill. The Centers for Disease Control and Prevention say people over 65 are at a higher risk of hospitalization and death. The president is 74. He is also obese, according to this most recent physical exam.

Did we say have a great weekend? We meant TUNE IN TONIGHT FOR AN ALL NEW LATE SHOW! pic.twitter.com/IZCDNakG3n 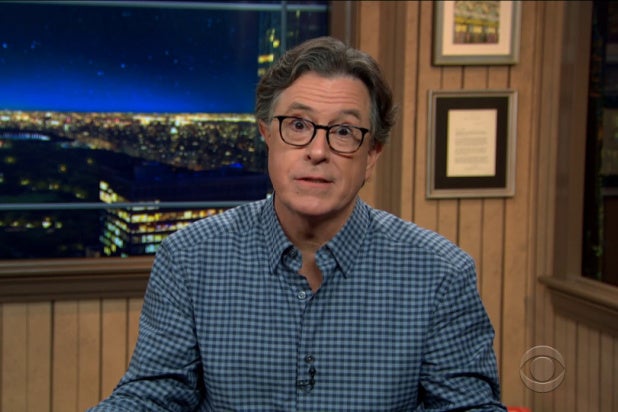