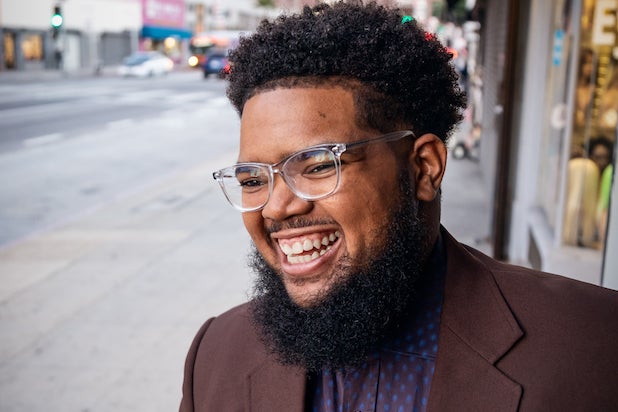 Love is currently producing “Shadow Force” with Kerry Washington and Sterling K. Brown, an action film in the vein of “Mr. and Mrs. Smith” that Lionsgate recently acquired.

Love is also producing “They Cloned Tyrone” from Juel Taylor for Netflix, and he recently set up “Assisted Living,” written by Kay Oyegun, at Paramount Studios. He’s also working on another project, “Notes from a Young Black Chef,” based on Kwame Onwuachi’s memoir, which will be adapted by Randy McKinnon.

“Stephen is producing an extraordinary range of the highest quality short and long form content that speaks viscerally and authentically to audiences,” Drake said in a statement. “We want to be in business with storytellers who have a unique world view and a strong slate of ideas that they are developing. We are tremendously excited to be working with him and his team on Shadow Force and look forward to many other ways that we will be able to partner together.”

“Lionsgate shares our mission. We have exciting plans to bring creative opportunities to emerging filmmakers as well as established talent on projects that are unique, artful, bold, commercial, and that have something to say,” Love said in a statement. “This partnership with Lionsgate provides an opportunity to work with a best-in-class team as I expand my footprint as a producer.”

Prior to his current slate, Love was a producer on “The Land,” which premiered at the 2016 Sundance Film Festival, was purchased and theatrically released by IFC Films and is now available on Netflix. He is also an Emmy winner and Cannes Lions Grand Prix winner for Procter & Gamble’s “The Talk,” and a 2017 Cannes Lions Gold and Titanium Winner.

Love is represented by CAA and Morris Yorn. The deal was negotiated by Bonnie Stylides, executive vice president of business and legal affairs for Lionsgate.