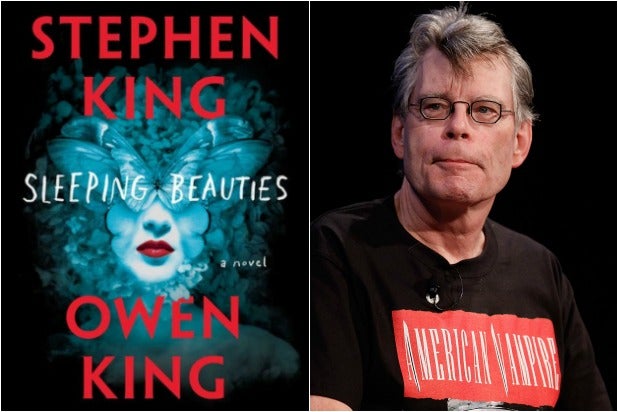 A TV adaptation of Stephen and Owen King’s best-selling novel “Sleeping Beauties” is in development at AMC.

The project has received a pilot script commitment from the cable network, with Owen King set to write, an individual with knowledge of the project tells TheWrap. Michael Sugar and Ashley Zalta will executive produce for Sugar23, with Anonymous Content also producing.

Set in a small Appalachian town whose primary employer is a women’s prison, the father-son duo’s 2017 novel tells the story of a sleeping sickness that affects only women and begins to spread around the world.

Should “Sleeping Beauties” be ordered to series, it would be the latest in a long string of small-screen adaptations of King’s works, including “Under the Dome,” “Castle Rock,” “Mr. Mercedes,” “The Mist,” “11.22.63,” and “Salem’s Lot,” among many others.

“I’m tremendously excited to see Sleeping Beauties brought to life in a format that will allow the story to be told as it was meant to be told, in all its mystery and drama,” Stephen King said.

“Owen and Stephen King found the perfect canvas to tell a haunting and gripping story that sparks a relevant conversation about gender equality and individuality,” Zalta said. “We couldn’t be more excited about this collaboration with the Kings and with AMC, who have so often boldly redefined genres.”

Stephen King is repped by Paradigm and Gang Tyre.