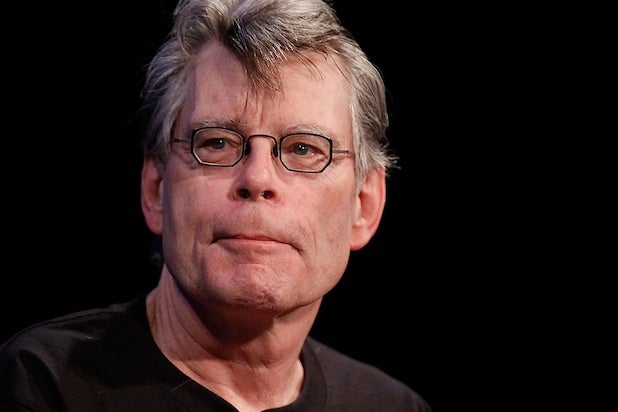 Is there a “spiritual connection” between Stephen King and Steven Spielberg? Spielberg certainly thinks so, and as it happens King won’t rule it out either.

In an interview with Entertainment Weekly published Thursday, Spielberg said: “I don’t know how Stephen King and I aren’t related by blood. I cannot believe that part of Stephen King is not Jewish, and I can’t believe that we haven’t actually made a movie together. I really think Stephen and I have a spiritual connection in terms of the movies and the stories we love to tell.”

That connection, EW notes, included the fact that that both storytellers had their big breaks on the same day: April 5, 1974, when King’s debut novel, “Carrie,” hit bookstores, and Spielberg’s debut film, “The Sugarland Express,” saw wide theatrical release.

So does King agree? Yes… well sort of. “Steven Spielberg says that he and I might have ‘a spiritual connection.’ Certainly I have admired his work from the get-go, so maybe,” King said on Twitter.

In an EW interview, Steven Spielberg says that he and I might have "a spiritual connection." Certainly I have admired his work from the get-go, so maybe. And something else: at least once a week, someone walks up to me and asks, "Aren't you Steven Spielberg?"

Whether or not they had a spiritual connection, it seems a missed connection is partly to blame for the pair not working together on 1982’s “Poltergeist.” Spielberg tells EW that he wanted King’s help “with the script and sort of write it with me, but he was unavailable.”

King, for his part, blames the era. “It didn’t work out because it was before the internet and we had a communication breakdown,” the horror author told EW in a separate interview.

However, while they might not have made a movie together, Spielberg and King did eventually collaborate on television. The pair served as executive producers on Showtime’s “Under the Dome,” based on King’s bestselling novel of the same name. DreamWorks TV optioned the book, about a Maine town mysteriously cut it off from the outside world, soon after its 2009 release.