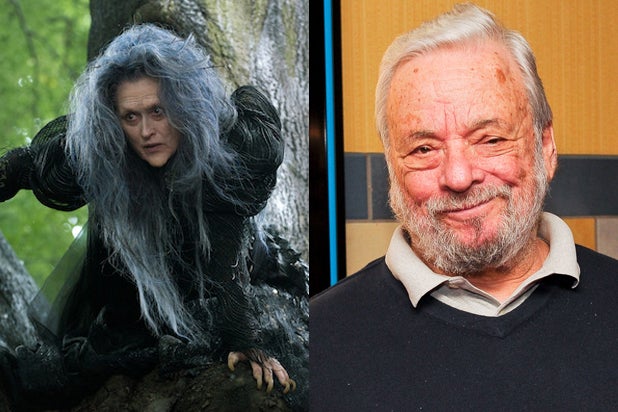 Stephen Sondheim is now taking back his original statements on the changes Disney made to the big screen adaptation of his Tony-winning musical, “Into the Woods.” Why the change of tune? Partly because the composer hadn’t seen the film when he made his original comments, but he has now.

“When the conversation with the teachers occurred, I had not yet seen a full rough cut of the movie,” Sondheim said in a new statement given to Playbill. “Coincidentally, I saw it immediately after leaving the meeting and, having now seen it a couple of times, I can happily report that it is not only a faithful adaptation of the show, it is a first-rate movie.”

Perhaps most important to fans of the musical, not every fun part of the original dark comedic fairy tale retelling has been cut, as Sondheim originally surmised. “And for those who care, as the teachers did, the Prince’s dalliance [with the Baker’s Wife] is still in the movie, and so is ‘Any Moment.'”

Sondheim previously attributed the changes to “puritanical ethics,” but now chooses to emphasize the spirit of compromise between himself and “Woods” screenplay scribe James Lapine, the film’s director Rob Marshall and Disney. “The fact is that James and I worked out every change from stage to screen with the producers and with Rob Marshall, the director. Despite what the [previous] article may convey, the collaboration was genuinely collaborative and always productive.”

See also: Why Anna Kendrick Is Done With Musicals: ‘Singing Is F-cking Hard’

“Into the Woods” will be released on Christmas Day.