Ellen DeGeneres joined a chorus of tributes Wednesday over the death of Stephen “tWitch” Boss, who died by suicide at age 40.

“I’m heartbroken. tWitch was pure love and light,” the former talk show host and comedienne wrote. “He was my family, and I loved him with all my heart. I will miss him. Please send your love and support to Allison and his beautiful children — Weslie, Maddox, and Zaia.”

The hip-hop dancer first broke out through talent and success as runner-up winner on “So You Think You Can Dance.” He participated in the choreography competition as a contestant on Season 4 in 2008, later becoming a judge.

“tWitch was always so kind to me and everyone who worked so hard behind the scenes. tWitch was the guy who played and interacted with his fans in the audience during commercial breaks, and he encouraged all the contestants when the cameras weren’t rolling,” she wrote. “He had such a passion and love for dance and guiding artists and the contestants on the show,” she added. “tWitch adored his wife, Allison, and their three kids more than anything. He would talk about them all the time with such pride.” 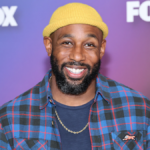 Also Read:
Stephen ‘Twitch’ Boss, ‘Ellen’ DJ and ‘So You Think You Can Dance’ Runner-Up, Dies by Suicide at 40

“I’m devastated to hear the news about Stephen “tWitch” Boss’ passing. tWitch greeted the world every day with a beautiful smile that was a direct reflection of his beautiful heart,” wrote fellow dancer and former “American Idol” judge Paula Abdul. “He was a beacon of light & a true talent whose legacy & impact will live on in the dance community.”

“I have no words man. 🙏🏾🙏🏾🙏🏾🙏🏾🙏🏾May his family find resolution in this dark time,” he wrote on Instagram. “May we all find peace of mind in our everyday lives. Everyday is a winding road & you just may never know who is on the edge. A lot of us can’t process emotions & how to deal with it. I’ll admit yesterday was rotten & every minuscule occurrence of a Murphy’s Law nature sent me spiraling.” 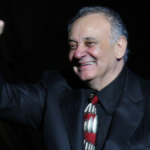 “We will always remember Stephen “tWitch” Boss for the light and joy he brought into our lives and into the hearts of so many,” they wrote. “This tragic, painful loss of such a radiant, inimitable talent and beloved friend is immeasurable beyond words, and we grieve alongside his family, loved ones and fans.  “tWitch,” we will miss you dearly.”

“It is with the heaviest of hearts that I have to share my husband Stephen has left us,” she said. “Stephen lit up every room he stepped into. He valued family, friends and community above all else and leading with love and light was everything to him. He was the backbone of our family, the best husband and father, and an inspiration to his fans.”

She continued, “To say he left a legacy would be an understatement, and his positive impact will continue to be felt. I am certain there won’t be a day that goes by that we won’t honor his memory. We ask for privacy during this difficult time for myself and especially for our three children.”