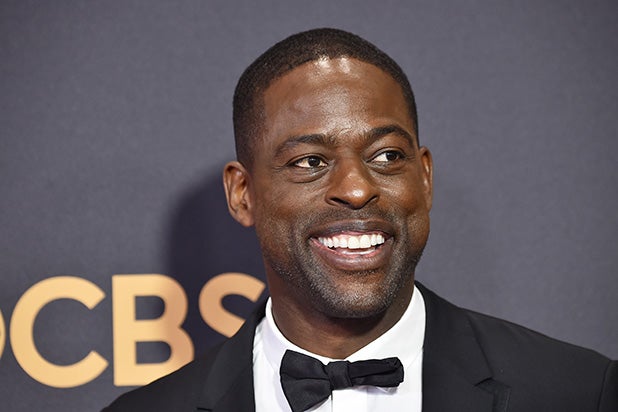 Sterling K. Brown has joined the cast of Blake Lively’s spy thriller “The Rhythm Section,” an individual with knowledge of the project told TheWrap.

Production is set to resume after Lively has recovered from a hand injury sustained last year. TheWrap previously reported that production had been temporarily suspended because Lively had injured her wrist while filming an action sequence. Brown’s role is being kept under wraps.

Reed Morano is directing “Rhythm Section,” the first film in what’s intended to become a franchise with James Bond producers Wilson and Broccoli producing. Jude Law is also attached to the film. Paramount will distribute it in most world territories.

“The Rhythm Section” is based on a series of spy novels by Mark Burnell, which tells the story of woman scorned by the loss of her family in a mysterious plane crash.

Brown who was last seen in Marvel Studios’ mega-hit “Black Panther,” just wrapped his second season as Randall Pearson on NBC’s “This is Us.” Next up, Brown will be seen in Shane Black’s “Predator” reboot and “Hotel Artemis.”