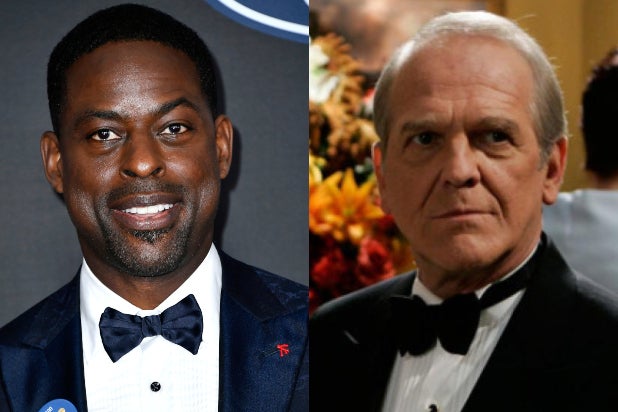 Sterling K. Brown will take on the role of Leo McGarry in HBO Max’s special live performance of “The West Wing” that will air later this month.

McGarry, who was the chief of staff for President Jed Bartlett (Martin Sheen), was played by John Spencer during the NBC series’ run. Spencer died in 2005, during the show’s seventh and final season. The news of Brown was first reported by People.

The special, which airs on Oct. 15, will reunite Aaron Sorkin, the rest of the cast, and director Thomas Schlamme for a stage performance of the Season 3 episode, “Hartfield’s Landing.”

This will be the first time in 17 years that the original cast of “The West Wing” will reunite. The special will shoot over multiple days at the Orpheum Theatre in Downtown Los Angeles in early October, and will feature Rob Lowe, Dulé Hill, Allison Janney, Janel Moloney, Richard Schiff, Bradley Whitford and Martin Sheen reprising their roles from the episode.

The special will also feature guest appearances, including a message from Michelle Obama and others. Additional cast members and special guests will be announced in the coming weeks. Composer W.G. Snuffy Walden will play the score for “The West Wing theme” song. Folk-rock band, The Avett Brothers, will close out the special.

“The West Wing” ran for seven seasons from 1999 to 2006, providing a behind-the-scenes look at the lives of a group of frenzied staffers in the West Wing of the White House and the President’s Oval Office. It won 27 Primetime Emmys. It was created by Sorkin, who executive produced with Schlamme and John Wells (“ER,” “Shameless”).

Here is the logline for “Hartsfield’s Landing,” which originally aired Feb. 27, 2002:

Bartlet (Martin Sheen) engages both Sam (Rob Lowe) and Toby (Richard Schiff) in intricate chess matches that mirror the wily game of brinksmanship that Bartlet is playing with the Chinese, who are conducting war games in the Taiwan Strait. The Chinese threaten real war if Taiwan begins test firing its new U.S.-made Patriot defense missiles. Meanwhile, Josh (Bradley Whitford) is nervous about the 42 votes in a remote New Hampshire town’s election, which are counted immediately and always predict the winner of that state’s primary. Mischievous C.J. (Allison Janney) tries to upset Charlie (Dulé Hill) by hiding his copy of the President’s top-secret daily schedule — prompting a spate of playful tricks.