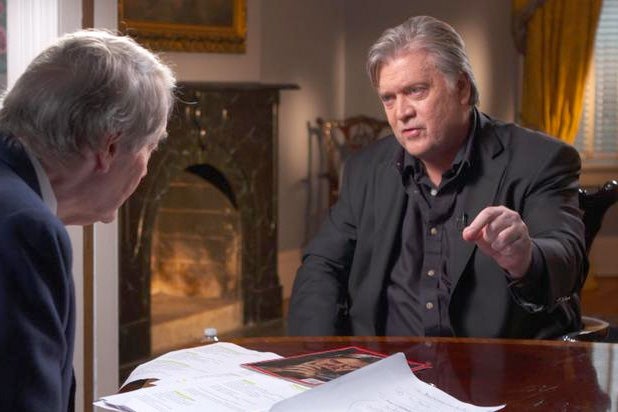 “I hold these people in contempt, total and complete contempt,” Bannon told Charlie Rose in an interview airing Sunday on CBS’ “60 Minutes.” “And you know why? They’re idiots, and they’ve gotten us in , and they question a good man like Donald Trump.”

nearly one year to the day that he joined Trump’s presidential campaign.

Watch a clip of the “60 Minute” interview below.