If you see any stories in the next few days about how Steve Bannon was a great boss at Breitbart News and excelled during his time in the U.S. Navy, you’ll know that publicist Maria Sliwa is thriving in her job.

On Sunday, Trump named Bannon, the former executive chairman of Breitbart and CEO of his presidential campaign, as his chief adviser. Since then, Bannon has gotten lots of bad press, some of it accusing him of racism, sexism and anti-Semitism.  (A New York Times news story said critics see him as a “voice of racism.” An opinion piece in the Washington Post called him a “dead lizard wrapped in the Confederate flag.”)

So someone decided to take the initiative and get Bannon some good PR. The question is who.

But Sliwa insisted on Wednesday that she isn’t working for Bannon.

“I’m not working for Bannon,” she told TheWrap in a brief interview. “I have a client who is.”

In two brief talks with a Wrap reporter, Sliwa wouldn’t say who actually hired her. When the reporter noted that she has worked for Breitbart in the past (see press release, below) she replied, “Oh God, please no,” and hung up.

She also asked why it was necessary to ask about the publicist behind a story.

The answer, in this case, is that it illustrates how people push Bannon’s agenda in ways that leave no sign of his involvement.

It is not unusual for prominent people to hire publicists, or to seek positive stories. But it is unusual for publicists to refuse to say who they work for. (The Public Relations Society of America’s code of ethics says publicists should “reveal the sponsors for causes and interests represented.”)

Higbie and Klein were only part of the effort to rebrand Bannon in a more positive light. The Huffington Post noted that Trump spokesman Jason Miller cast Bannon on Wednesday as someone who has “embraced diversity.”

Sliwa’s emails to reporters on Wednesday were not the first time she has been involved in advancing Bannon’s agenda. She has promoted the work of a group Bannon helped establish in 2012, a nonprofit called the Government Accountability Institute. According to Bloomberg, it “partners with mainstream media outlets conservatives typically despise to disseminate those findings to the broadest audience.”

Sliwa also helped promote “Clinton Cash: A Graphic Novel,” based on the book “Clinton Cash: The Untold Story of How and Why Foreign Governments and Businesses Helped Make Bill and Hillary Rich.” (The press release is below.) The New York Times cited some of the book’s findings in an April 2015 story.

Both books cast an unfavorable light on political rivals of Trump’s as he sought to win the Republican nomination and then the presidency.

Sliwa’s bio notes that she is the president of Freedom Now Communications, Inc. and M. Sliwa Public Relations, as well as the press agent for the Sudan Campaign, and has “played a major role in publicizing the genocide, slavery and rape of civilians in Sudan and Darfur.” It says she is also part of the adjunct faculty at Columbia University and a former New York City undercover police officer. And she is the sister of Guardian Angels founder Curtis Sliwa.

Also Read: How Steve Bannon Made a Fortune Off of 'Seinfeld'

Sliwa’s press release about Higbie on Wednesday quotes him saying that Bannon “has excelled in every single role he has held dating back to his service in the US Navy. I cannot imagine a better person to be advising an already successful businessman taking on the biggest business in the world, the US Government.”

On Wednesday night, hours after this story was initially published, Higbie got into a PR crisis of his own: Fox News’ Megyn Kelly gave him an on-air scolding after he said that the Japanese internment camps of World War II helped establish a precent for a national registry of Muslims.

Here are screen grabs of the two press releases from Sliwa: 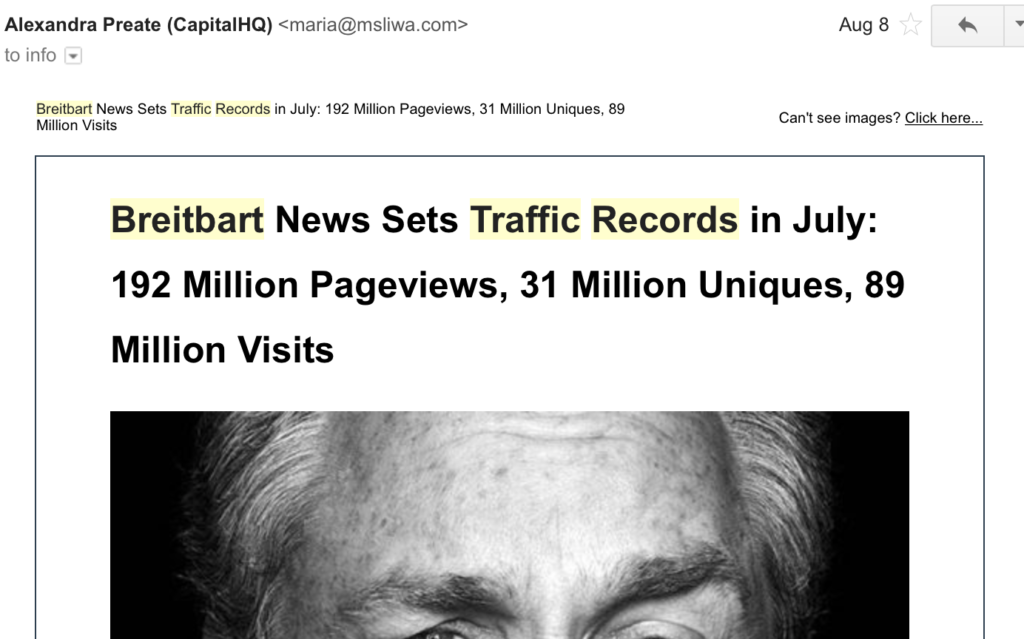 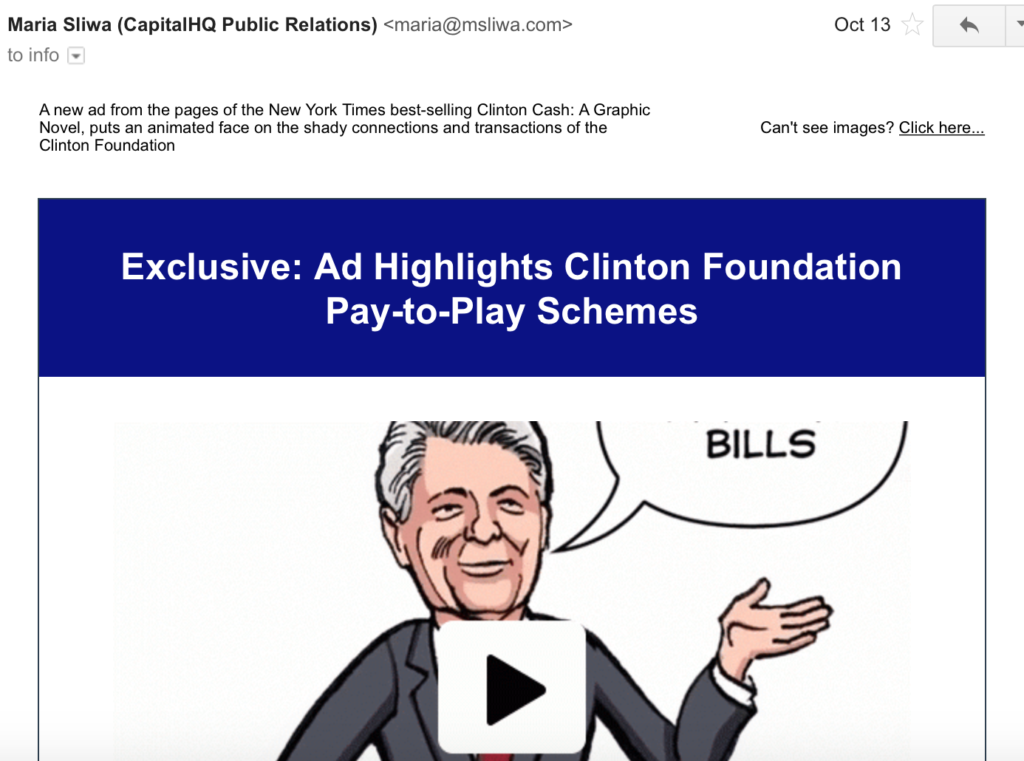