At the center of FX’s upcoming psychothriller “The Patient” is a fraught “cat-and-mouse” game with Steve Carell’s therapist Alan Strauss as an unwilling participant. The show’s premise rests on the kidnapping of a successful psychiatrist who is then held hostage by his serial killer patient, Sam Fortner (Domhnall Gleeson), desperate to overcome his compulsion to kill.

“It’s sheer terror,” Carell told TheWrap during the series’ red carpet premiere at NeueHouse on Sunset Blvd. “It’s a guy who’s trying to figure his way out, while at the same time going through a lot of internal conversation about his family — he’s mourning his wife, his estranged son — all of these other components ‘cause he’s got a lot of time to think about them.” 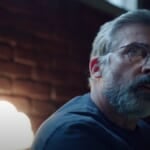 “The Patient” traces Fortner’s mental state — his relationship with his abusive father and unwillingness to engage with the topic of his mother Candace (Linda Emond) — while simultaneously excavating Strauss’ long-buried memories of his old therapist Charlie (David Alan Grier), repressed grief following the loss of his wife Beth (Laura Niemi) and estrangement from his zealot son Ezra (Andrew Leeds).

The “internalized” dynamics come to light as Dr. Strauss increasingly grows disillusioned with his capacity for escape: he frequently journeys back into his happy memories with Beth and rehashes past regrets with his Orthodox Jewish son.

“He’s trying to treat someone who’s potentially a threat to him, and not only needs to treat him but has to convince him to let him go,” Carell said. “So there’s a lot of layers there at play in terms of what’s manipulation and what is actually psychological help — as a therapist [there’s] trouble within that ethically.”

“The Office” alum was first offered the part by writers and co-creators Joe Weisberg and Joel Fields and later did chemistry reads with various actors. Speaking to his scene partner’s casting, Carell said, “It was instant. After the first scene, it was clear that he was the right person for that role. There was a chemistry. I can’t remember having a better working experience with another actor.”

“The Patient” premieres with two episodes on Aug. 30 on Hulu. 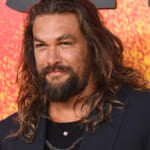