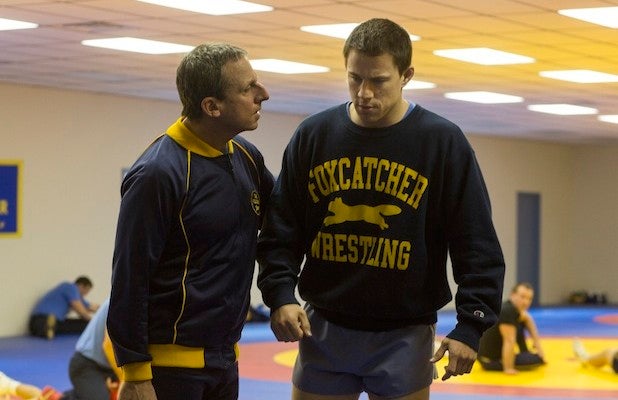 Sony Pictures Classics will release Bennett Miller’s “Foxcatcher” in the U.S. on November 14 following its world premiere in competition at the 2014 Cannes Film Festival.

Megan Ellison produced the film under her Annapurna Pictures banner along with Miller, Jon Kilik and Anthony Bregman.

“Foxcatcher” was initially slated for release by Sony Pictures in the fourth quarter of 2013 before it moved to Sony Classics, which moved the film out of a crowded awards season and delayed it until 2014. The film will now open against Universal’s sequel “Dumb and Dumber To,” Brad Pitt’s WWII movie “Fury” and Relativity’s “Blackbird.”