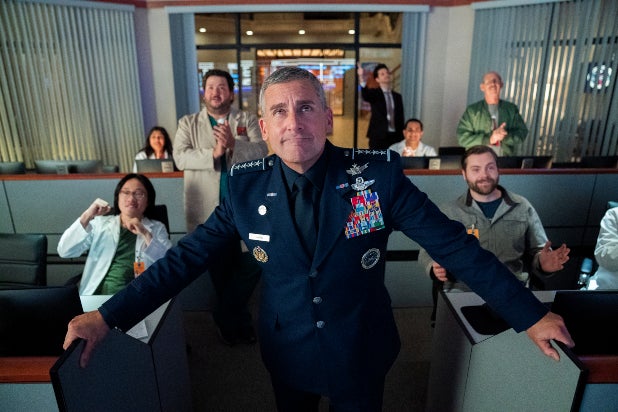 “Space Force” is continuing its mission, with Netflix giving the Steve Carell-led comedy a second season.

Production is scheduled to begin next year in Vancouver.

“Space Force” was based off President Trump’s real order to establish a sixth branch of the military and starred Carell as a four-star general tasked with starting up the new branch. Joe Biden’s incoming presidency figures to alter the show somewhat, given that Space Force was Trump’s idea and he’s frequently referenced (though never by name) during the first season.

Daniels’ previously spoke with TheWrap about how they’ll resolve all those cliffhangers at the end of the first season. For those don’t remember: The Space Force’s team on the moon attacks the Chinese moon base, rendering it uninhabitable, but then when they return to their own base, they find that the Chinese have sabotaged them right back. And Maggie Naird (Kudrow) breaks out of prison with the help of her prison guard girlfriend, Louise.

The Hollywood Reporter first reported the news of the Season 2 pickup.