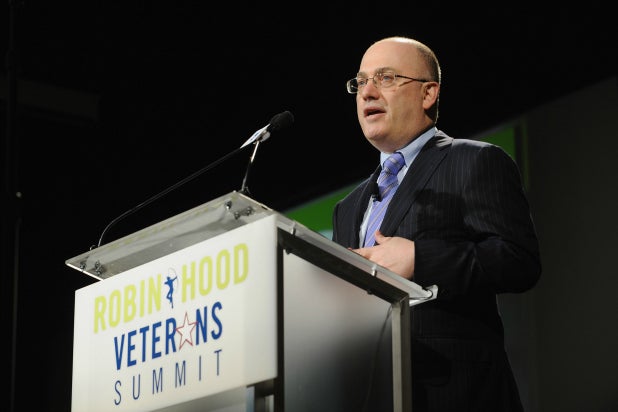 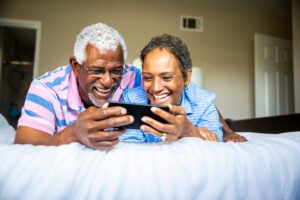 ”I think the top three have to be concerned, they left this opening,“ Eric Schiffer, CEO of The Patriarch Organization, tells TheWrap

Once donned the hedge-fund king, Steve Cohen is a celebrity in the financial world and now ready, it seems, to take his knack for Wall Street to Hollywood.

An investment veteran of 40-plus years, Cohen has emerged as the major backer for a new, yet-to-be-named Hollywood management and production company started by former CAA agent and chief strategy officer at Entertainment One, Peter Micelli.

Over the weekend the nascent — if you can even call it that — venture nabbed four top agents from CAA: Dave Bugliari, Michael Cooper, Mick Sullivan and Jack Whigham. Adding to that haul, Cohen and Micelli’s endeavor lured other agency talent from around town, including Susie Fox, Mackenzie Roussos, Lucinda Moorhead and Chelsea McKinnies from UTA, and Rich Cook from WME. Between them, they represent the likes of Bradley Cooper, Margot Robbie, Tom Hardy, Tiffany Haddish, Johnny Depp, Gabrielle Union, Kiera Knightley and Chris Hemsworth.

The coup signals what could be a major shift in power among Hollywood management in an industry rocked by the ongoing coronavirus pandemic, as agents hitch their futures to a virtually unknown Hollywood newcomer with deep pockets.

“Hollywood is beaten down because of COVID. COVID has put a stake in Hollywood’s back and there’s a lot of bleed out — there’s this gulf and thirst for capital,” Eric Schiffer, CEO of The Patriarch Organization, told TheWrap. “I think the top three have to be concerned, they left this opening. That’s how you do well in business, you fill these gaps.”

Schiffer added, “Money talks … Steve is a very savvy investor who is aware of, and jumps on, gaps that exist in the market … He is one of these investors that just have this touch. He has the ability to know the right moment and capitalize.”

Money may talk, but Hollywood has questions about Cohen’s politics. Steve Cohen is a prominent supporter of Donald Trump, having shelled out $1 million for the president’s inauguration.

Julio Torres, a former client of McKinnies and creator of HBO’s “Los Espookys,” said on Twitter earlier this week that it’s time that Hollywood start following the money.

“Billionaire Trump supporter Steve Cohen now owns Hollywood’s hot new agency. Is he donating to the reelection? Do the clients know?” Torres tweeted on Monday. “Those profiting off of woke artists think we’ll be like STOP TRUMP not realizing we make $ for GOP showbiz daddies. Time to ask hard questions.”

Starting from his early days as a junior trader at boutique investment firm Gruntal & Co., Cohen has built a net worth, according to Forbes, that sits at roughly $15 billion.

The Long Island native — Great Neck, New York, to pinpoint the exact peninsula — founded in 1992 what would become one of the most successful hedge funds ever in SAC Capital. He now runs the $16 billion investment firm Point72 Ventures, which focuses on early-stage investments in fintech, AI and machine learning, and enterprise technologies.

A spokesperson for Point72 and Steve Cohen did not respond to a request for comment.

He’s a titan in the financial world. In a 2006 article, The Wall Street Journal referred to Cohen as “a trailblazing star of the hedge-fund boom,” the rare investor inspiring scrappy traders who had “achieved celebrity status in the hedge-fund world, overshadowing such influential managers as George Soros and Julian Robertson Jr..”

In 2012, Cohen was implicated in an insider trading scandal involving SAC Capital. Cohen, however, avoided any criminal charges. He settled a civil suit with the Securities and Exchange Commission in 2016, agreeing not to manage any outside money until 2018. SAC Capital, which Cohen literally sat at the center of, however, pled guilty to insider trading, paying $1.8 billion in penalties. The firm went defunct after returning the vast majority of its investor capital but was reborn from the fire in 2014 as Point72 Ventures.

There have been whispers of concern circling Cohen’s past as he enters the Hollywood fray and fights a bidding war against Alex Rodriguez and Jennifer Lopez to buy the New York Mets.

If Steve Cohen’s pursuit to buy the Mets is any indication — he also made a $2.6 billion bid for 80 percent ownership in February that fell through — Cohen is more than open to investments that push his reach into sports, entertainment and arts. The billionaire hedge-fund owner has a $1 billion private art collection featuring paintings such as ­Picasso’s renowned 1930s work Le Rêve.

“He’s an entrepreneur,” Schiffer said. “This is a form of art that has significant financial upside if you play it smart … Here is the biggest inflection point in Hollywood management probably since the dawn of Hollywood.”