Caitlyn Jenner is no longer the only candidate in the upcoming California recall election with reality TV ties. Steve Lodge, fiance of “Real Housewives of Orange County” alum Vicki Gunvalson, is gunning to be the state’s next governor, as well.

On Tuesday, Lodge announced that he’s in the running to be governor of California in the recall election of Gavin Newsom.

“California is completely broken, it is unrecognizable,” Lodge said in a statement, “Californians are suffering, our hopes and dreams have been dashed by career politicians like Gavin Newsom who have become the problem and not the solution. Together let us get government out of our lives, off our backs, and out of our wallets.” 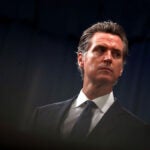 Lodge is a small business owner and a former homicide detective with the Santa Ana Police Department. Oh, and he’s engaged to Vicki Gunvalson.

Gunvalson was a fixture of Bravo’s “Real Housewives of Orange County” series for 15 years before leaving the show in 2020. She got engaged to Lodge back in 2019. Last year, fans noticed that the pair, who were known for their online PDA, hadn’t posted each other on their social media accounts in a while, leading to speculation that they’d called it quits. 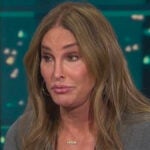 Also Read:
Caitlyn Jenner Wants to Be Governor of California But Has No Idea What the Budget Is (Video)

However, both Gunvalson and Lodge insisted that they are very much together in an interview in April in which Lodge explained that it’s important for couples to spend time apart and have their “own interests.”

Whether politics is a shared interest between Lodge and Gunvalson remains to be seen but the reality star is set to appear on the campaign trail.