Steve McQueen is set to direct what will be his next feature film, a movie called “Blitz” that’s set at New Regency, an individual with knowledge of the project told TheWrap.

“Blitz” reunites McQueen with New Regency after he previously worked with the studio on “12 Years a Slave,” which won the Oscar for Best Picture for 2013.

McQueen will write, direct and produce “Blitz” for his production company Lammas Park, and Tim Bevan and Eric Fellner of Working Title Pictures will also produce.

“Blitz” is based on McQueen’s original idea, but any plot details are being kept under wraps. 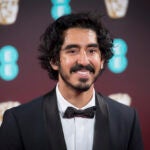 McQueen last directed the “Small Axe” anthology for Amazon, a collection of five films that each explored the experiences of London’s West Indian community, with a mix of true and fictional stories that spread out between 1969 and 1982. The series of films was nominated for six BAFTA TV Awards and won one for supporting actor Malachi Kirby.

McQueen is represented by Casarotto Ramsay and Associates, CAA and attorney Carlos Goodman.