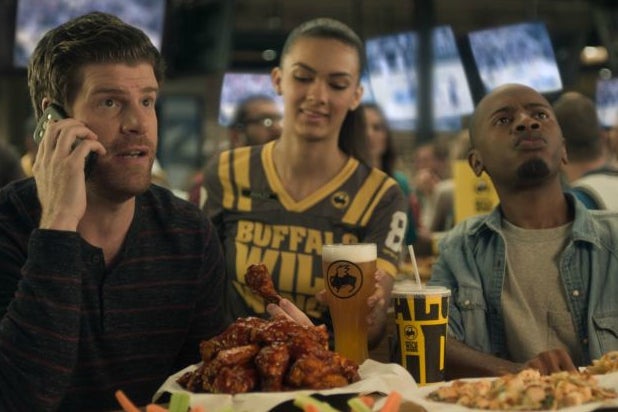 Buffalo Wild Wings has dropped “The League” star Steve Rannazzisi as its spokesperson and TV-commercial star following the revelation of his 9/11 lie.

The comedian and actor claimed that he had escaped the 54th floor of the World Trade Center’s south tower on Sept. 11, 2001. He did not, and was confronted with proof last week.

Rannazzisi finally copped to the lie on Wednesday, apologizing profusely on Twitter.

The lost chicken-wing deal may not be the only fallout over Rannazzisi’s bizarre fib: Comedy Central is still considering whether or not to premiere the stand-up comic’s “Breaking Dad” special this Saturday as scheduled.

“We just learned about this last night,” the Viacom cable channel told TheWrap on Wednesday. “We are very disappointed to hear about Steve’s misrepresentations and are currently determining how we will move forward.”