Back in 2018, executive producer Steven Levitan was working on his hit ABC comedy “Modern Family,” when the network he was making his series for hit an icy patch. ABC had attempted to bring back “Roseanne,” but a racist tweet posted by that show’s star led the network to pull the plug on the reboot. (It later came back as “The Conners.”) It was those circumstances that gave Levitan the initial spark of an idea for his brand new Hulu comedy “Reboot.”

“I just remember thinking it must be so fascinating to be on that soundstage – you know, for these people to have left, and then made the decision to come back, which I’m sure was tricky, and, then for that to blow up, and all the intrigue, and all the behind the scenes stuff that must have been going on, I’m sure was really intense,” Levitan told TheWrap. “And I thought, well, that must just be fascinating.

“It just put in my mind this idea of like, oh, a bunch of actors and people coming back to a show after many years for a reboot is a really good arena for comedy,” he continued. “You’re dealing with these larger than life people, and under a high pressure situation, and maybe their lives didn’t turn out exactly the way that they had wanted. And I thought that that was just a good arena. But I figured it was such a good arena that somebody would do it. And I was still on ‘Modern Family’ for a couple more years. And I just assumed it would be gone by the time I finished. But no one ever did, and so once I had some time, I started working on it.” 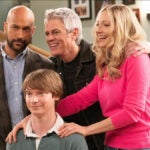 “Reboot,” which premieres Tuesday on Hulu, is a show within a show that follows a cast — played by Keegan-Michael Key, Judy Greer, Johnny Knoxville and Calum Worthy – of all former stars of an early 2000’s family sitcom, who get back together after a fictional version of Hulu greenlights a reboot of their show, helmed by Rachel Bloom’s character Hannah.

Key’s character Reed is a classically trained actor who has been auditioning for less than desirable roles since his former series wrapped. Greer’s Bree is a Duchess, whose marriage recently imploded. Knoxville’s Clay has turned into a standup comedian – one with plenty of issues. And Worthy’s Zack is a grown-up child star trying – unsuccessfully – to adjust to being an adult.

“The first person I thought of and the first person I talked to several years ago was Keegan-Michael Key because he was a friend, and I thought it would be an interesting way to use him as this erudite actor. And so he was the first one. So that character just seemed natural to me,” Levitan said of getting the cast together. 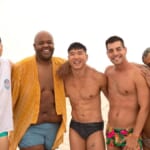 “I had some people in mind as I went through it, but, it’s a funny thing that happens, you know? You have your idea of a character and you start writing it and certain people are dead on. Rachel Bloom is just dead on to who I thought Hannah should be. And sometimes that’s exactly the way it is. And other times it’s just a little bit different, and you have to start to say, ‘OK, is it too different? Is it just different enough that it’s interesting?’ And then over time … the  characters and the actors start to meld a little bit. You notice little things and you start to write to that. But by and large, everybody is kind of what I expected of them at this point. Johnny, for example, I just thought it … was an interesting idea and a little bit scary because he hadn’t done much of this before. But he’s so charismatic and charming that I just had a feeling that it would be interesting. And I thought the combination of him and Keegan together would be interesting. So we decided to roll the dice, and I feel that has more than paid off.”

Filming the comedy has definitely produced many funny moments, including some of which will never make the series.

“Keegan is a brilliant improviser. And we have one scene that – it’s not even in the pilot now, but he did a five-minute run. We knew it was completely unusable, but it was so funny we just kept going. And we were all just dying laughing,” Levitan said. “These are funny people by and large. And it’s really nice to let them go and everybody feeling really good and safe. It was a wonderful experience.”