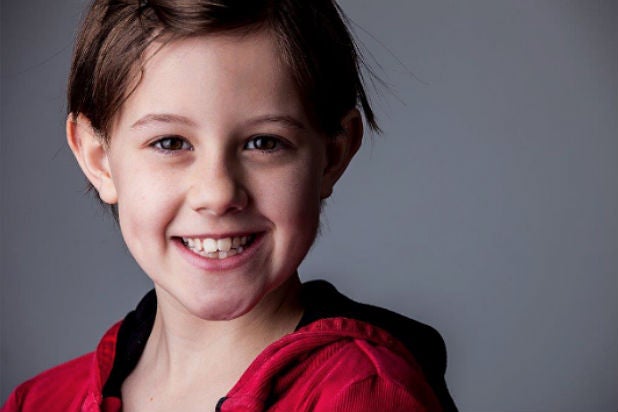 Based on Roald Dahl’s beloved novel, “The BFG” follows Sophie, a young orphan who befriends a Big Friendly Giant, who will be played by legendary British stage actor Mark Rylance.

The author’s real granddaughter, Sophie, served as the inspiration for the character.

“I feel Roald Dahl himself would have found Ruby every bit as marvelous as we do,” Spielberg said in a statement. “We have discovered a wonderful Sophie in Ruby Barnhill.”

“I feel incredibly lucky and I’m so happy,” Barnhill exclaimed in a statement.     “Sophie gets to go on this wonderful adventure and I’m so excited that I get to play her.”

“The character of Sophie is one of the most endearing young heroes in Roald Dahl’s stories. She is as brave as she is curious and has an innate sense of wonder. Many congratulations to Ruby on landing the role. We hope that making ‘The BFG’ proves an utterly magical adventure for her,” added Luke Kelly, the author’s grandson and managing director of the Roald Dahl Literary Estate.

Spielberg will direct from a script adapted by his “E.T.” writer Melissa Mathison, and DreamWorks will release the film in the summer of 2016.

Barnhill has been acting for two years and will make her feature debut in “The BFG.” She’ll also appear on the BBC’s “Four O’Clock Club.”