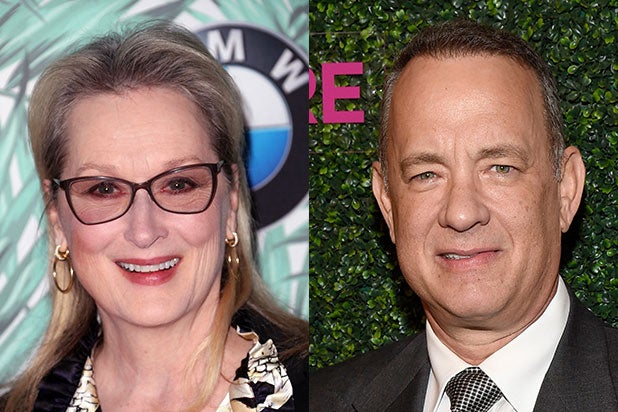 Steven Spielberg will direct Tom Hanks and Meryl Streep in “The Post,” an individual with knowledge of the project told TheWrap.

The film is about the Washington Post’s role in exposing the Pentagon Papers in 1971, including how editor Ben Bradlee and publisher Kay Graham challenged the government over their right to publish them.

Fox and Amblin Entertainment will co-finance — Fox will serve as the domestic distributor, while Amblin will distribute internationally.

This will mark the fifth film collaboration for Spielberg and Hanks as director and actor. They had previously collaborated on “Saving Private Ryan,” “Catch Me If you Can,” “The Terminal” and “Bridge of Spies.” They have also executive produced projects including “Band of Brothers” and “The Pacific.”

Hanks’ most recent credits include “Inferno” and “Sully” and he will next star in “The Circle.”

Streep voiced the blue fairy in Spielberg’s “A.I.” and is narrating the Netflix documentary “Five Came Back” which Spielberg is executive producing. The actress most recently starred in “Florence Foster Jenkins,” which earned her a Oscars Best Actress nod. She will next appear in “Mary Poppins Returns.”